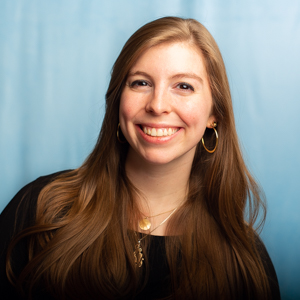 Prior to joining QFI Jill interned at the Application Developers Alliance doing data analytics, Al Hadaf in Amman, Jordan working on mental health programs to help Iraqi refugee children with PTSD. Her interests include studying Arabic and knitting, sometimes simultaneously. After studying Arabic for six years, Jill is excited to work at QFI because of QFI’s dedication to expanding opportunities for Arabic learners.

Jill graduated from American University with a degree in International Relations and a dual concentration in Global and Comparative Governance and Peace, Global Security, and Conflict Resolution. During her time at American University, Jill studied abroad in Amman, Jordan.