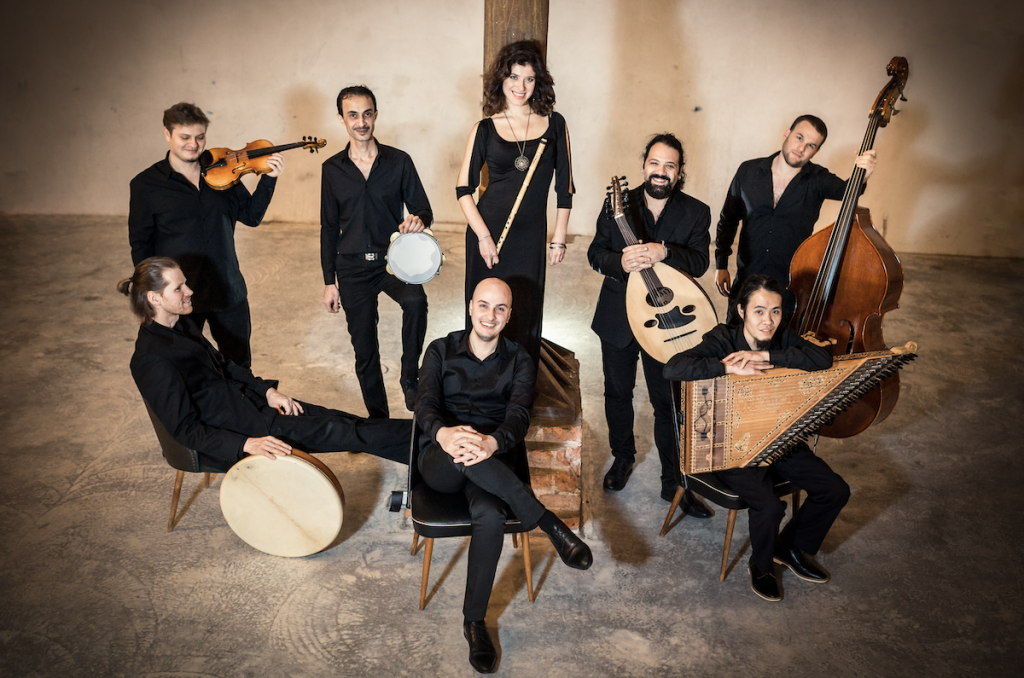 After the Syrian singer Husam Al-Ali fled to Germany he fulfilled his dream and founded an Arab music ensemble with like-minded musicians from around the world. Since then they have performed in Germany and beyond and are ambassadors spreading the beauty of Arab music and culture. The multinational Husam Al-Ali Ensemble includes musicians from Japan, Russia, Italy, and Syria. The ensemble themselves represent a clear message: Arab Music isn’t for Arabs only – it’s for everyone.

In 2018, QFI and the German-Arab Friendship Society (DAFG) organized an interactive concert with the Husam Al-Ali ensemble for music educators at German schools and high school students. Based on the success of the event and the clear need for information and teaching material about Arab music, QFI commissioned four short films focusing on various elements of Arab music: instruments, countries of origin, and rhythm and tone systems.

To premiere the four films, QFI and DAFG partnered with Expolingua during their annual convention (virtual in 2020) to host two interactive conversations with the Ensemble and musicologist Sean Prieske. The Ensemble was able to help the many students from Germany who attended Expolingua begin their journey to learn more about Arab music.

Below are the full videos in German with English subtitles.

Learn about the regions where Arab music originates and commonly featured instruments. The recording includes a conversation between the lead singer of the Husam Al Ali Ensemble and music educator Sean Prieske during Expolingua Language and Culture Fair 2020 in Berlin.

Learn about rhythm and tonality in Arab music. The recording includes a conversation between the lead singer of the Husam Al Ali Ensemble and music educator SeanPrieske during Expolingua Language and Culture Fair 2020 in Berlin.