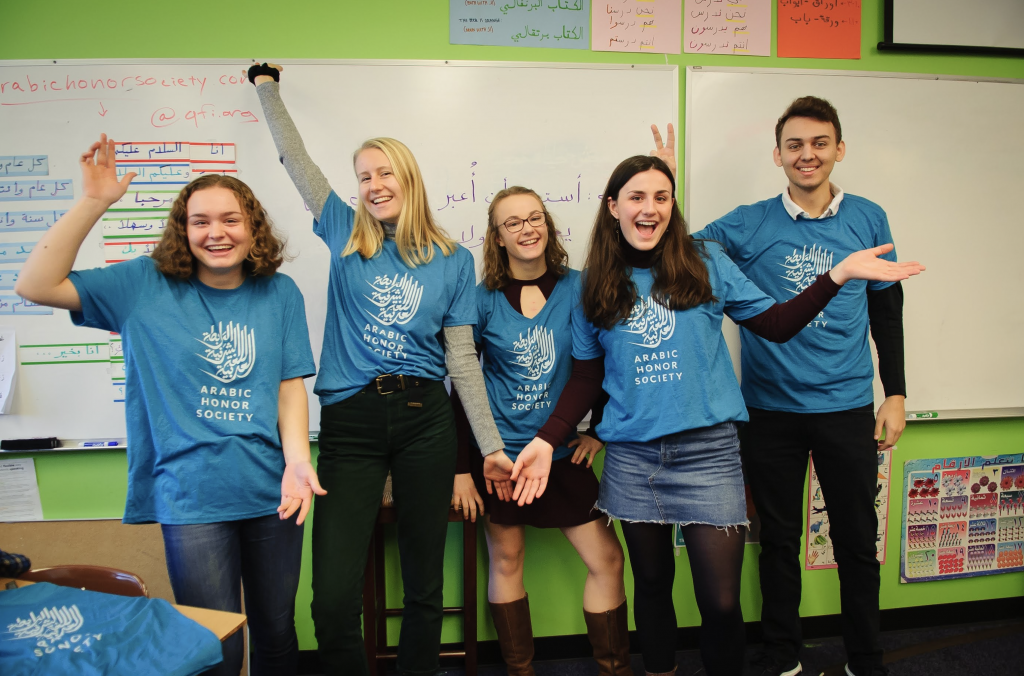 Growing up in Utah did not allow Elijah Kennard to be introduced to many cultures. “It is not that my parents were not open to meeting new people, it was just that we didn’t have access to many based on the communities that we were a part of. I wasn’t able to travel abroad, and my knowledge of geography was severely lacking until I started high school.” While choosing his first high school classes, he saw Arabic listed. Knowing nothing of the language, culture, or even where it was spoken, he joined the class. “I became enthralled with the beauty of it. After my first year I knew this language would be able to impact my life.”

Anyone who has attended high school in the United States in the past century has most likely heard the term “honor society.” Originally created as early as 1776 as a way of recognizing high-achieving university students, honor societies have evolved to also recognize students at the high school level. Many high schools now support honor societies specific to foreign language learning.

The Société Honoraire de Français (AATF) was founded in New York in 1927. Its mission was to maintain the highest standards of culture among the teachers, to study and apply the best methods of instruction, and pursue the best conditions for teaching. Through the AATF high-achieving students of French are recognized. The Sociedad Honoraria Hispánica (SHH), founded in 1953, is an honor society for high school students enrolled in Spanish and/or Portuguese, sponsored by the American Association of Teachers of Spanish and Portuguese (AATSP).

Delta Epsilon Phi (ΔΕΦ), the National Honor Society for High School Students of German, recognizes the outstanding academic achievement of learners of German. The organization was founded in 1968 by a teacher at a Florida high school to reward scholastic achievement in the study of German and to promote interest in the study of the German language, literature, and civilization.

When QFI recognized that there were no opportunities for high school students to be recognized for excellence in studying the Arabic language in the U.S., they stepped up to the plate. The QFI program team wanted students who study Arabic to have the opportunity to excel. To do this they created a society not only for recognition, but one that provides academic direction, financial support, and career guidance. In his second year of studying Arabic, Elijah met the requirements to join the Arabic Honor Society. During his three years as a member, he was able to learn more about the language and community that was growing closer to his heart. “The more I learned about the stories behind the language, the more I loved the Arabic culture.”

What is unique about the AHS is that in addition to recognizing excellence, there is direct student contact to foster cross-cultural competency and to help grow the next generation of global citizens and leaders. Elijah said that the AHS allowed him to take part in some amazing opportunities. “My senior year of high school my Arabic debate team won a national Arabic debate competition, and we were invited to Qatar to participate in the international Qatar Debate competition. Even though we were not able to attend due to the rising Covid-19 pandemic, the opportunity to compete was enough to help my team learn more about the controversial topics of the debate.”

Each year the AHS provides access to educational conferences such as the United Nations Youth Ambassador Program and the National Youth Service-Learning Conference. Students are engaged in contests such as the SIMA Spotlight Challenge, the short story contest, and the Arabic poetry recitation. To help students further excel, scholarships are offered for summer study programs in several locations throughout the U.S. For those students who choose to continue their Arabic studies at the university level, the AHS offers prestigious incoming freshman awards. Elijah was awarded one of the 2020 incoming freshman awards and is now studying Arabic at Yale University!

The chord that runs through all of this is connecting a community of students and teachers. With only 1% of high school students studying Arabic, it is helpful for them to meet and engage with other like students. Likewise for the teachers. Since its inception five years ago, over 25 chapters have been started in the U.S. For students who do not yet have a chapter at their school, there is an “at-large” chapter so that they can still participate. New AHS chapters are being opened every year. If your school is interested, please contact us.

Our newest AHS chapter is in Qatar! Students and teachers in Doha were eager to engage in some of our student activities and wanted a chapter of their own. We are excited to start this new initiative.
-Denise Dodson, QFI Consultant