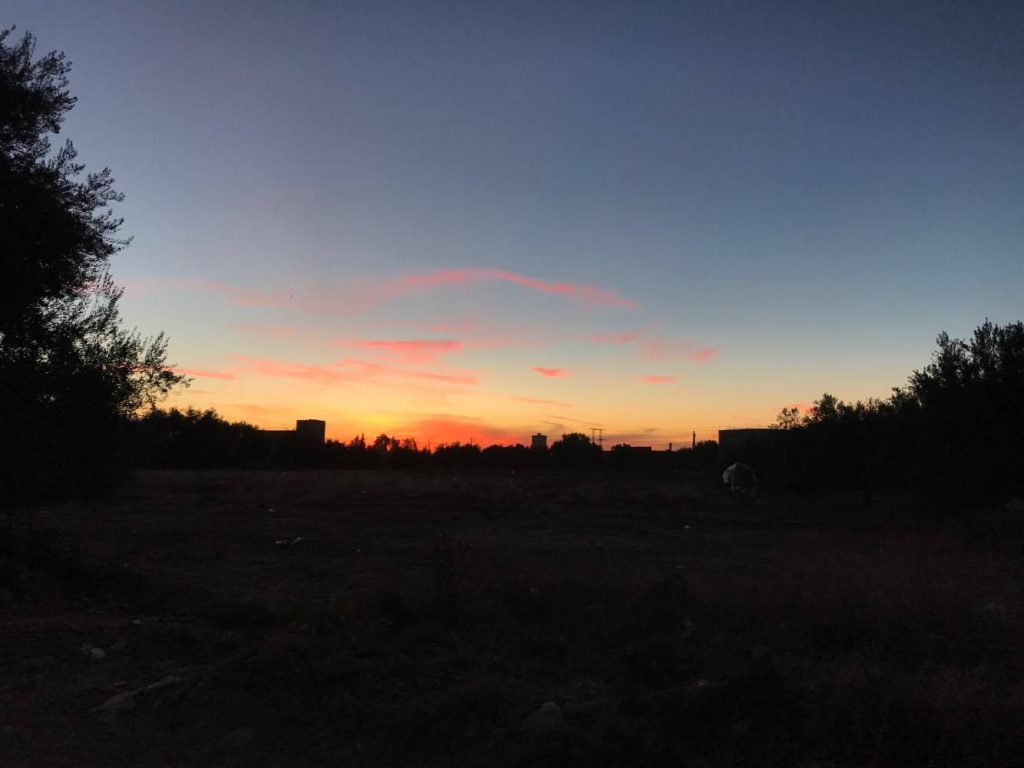 Dana Slayton, currently living in Rabat, Morocco studying Arabic through the National Security Language Initiative for Youth program, and starting next year, she will study Near Eastern Studies and Arabic at Cornell University. You can usually find her somewhere around Rabat going for walks, working on Arabic, or sampling a wide variety of Moroccan breads.

Learning a foreign language is less an act of losing things in translation than it is giving them up. Approaching success – if “success” is even a probable or measurable goal in this pursuit – demands a degree of surrender, an idea which disturbed me greatly at first. I do not like to lose, but by the same token, I need to compete in order to feel like I’m getting anywhere. Failure, in this worldview, became a perpetual defeat. It clung to all the goals I had made into contests, inseparable and purposeless aside from its ability to inspire a more thorough pursuit. In chasing “success,” failure, in fact, lost all of its many meanings aside from those attached to fear. The driving force shifted away from passion and towards the act of the chase itself, and if I had kept running at that same breakneck speed, eventually I would have been absorbed into my footsteps, a mind engaged in the race rather than the journey because it was afraid to slow down. And if there is one thing that challenges me perpetually, it is the edict of life in Morocco that the act of stopping, of stepping back, is the opposite of failure. It demanded that I stop looking at the tracks and seeing only the race. 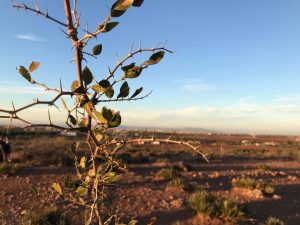 November is a month it is easy to drown in, situated in the cavern between adjustment and longing, of wishing for autumn, real cold, and leaves that change to gold while seeking out the minutiae of the beauty of the world I live in now. It has been an exercise in patience that often eludes me, of chasing after success without stopping to examine anything other than failure, of looking forward and looking back. In its entirety, my time here in Morocco means a search and an examination, a renegotiation of my relationship with the Arabic language. It means the space between endings and new beginnings. This experience has been a chance to step out of the race for a moment, just long enough to realize that maybe it is not the failure just outside my vision that scares me, but the idea of success.

I realized while visiting a small village outside of Fes, called Ain Cheggag, that success is surrender, reaching outside yourself because you have spent your capacity in pursuit of an empty goal. How can I win a race when I was chasing after the wrong finish line?

Silence taught me. It did not answer the question, but I learned from it. The finish line and the failure – the very foundations of the race itself – mutated. They became conflated, misshapen entities that delineated the fact that I had been racing the wrong event. In the silences that cannot be described as anything other than awkward — around a table just after finishing a meal with my host family, or while watching television, or right after my sisters finished rapid queries that I cannot yet understand — I began to notice that the concept of silence as space is a very American one, as is our need to fill it. I am wont to name the absence of sound because I view that absence as something to be corrected – because it is a stop in my race, an arrest, a signal of a failure to comprehend. Silence has always meant a failure to fill a space, but in this new context, where my words are still clumsy, broken appendages that seek to create a whole self from delicate matter, it has shown me the futility of viewing language as a race. My finish line was faulty because it failed to account for failure as a lesson. In the pursuit of fluency, the necessary breaks in the road are not times spent speaking in English and German, the languages of my upbringing, but the silences. My family was content to speak — and speak they did — in Darija and Tamazight. But for all the words I heard, nothing impacted me like their contentedness to remain silent. Meals in the absence of sound beyond the radio and the rooster were commonplace, and never once were we pressured to fill that silence the way we were pressured to consume greater quantities of bread. The silence was a time for thought, for enjoyment of the ambience in its purest form, the company of others unfettered by language. 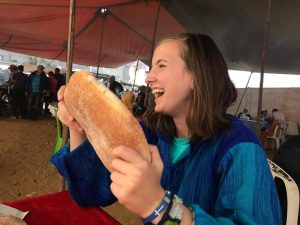 When I commented to my host sister about it, she seemed confused at the mere idea that silence needed to be filled. Among family, she assumed, it was normal, good, a centering force. In her viewpoint, I saw the misunderstandings in my own. All of the time I spend trying to speak a new language means nothing if I cannot learn, once in a while, how to let the world speak for me, how to close my mouth and listen to the roosters, let others’ words wash over me without grasping at them. In these silences, the race falls away, as does the fear that keeps failure in my periphery. Language, and its consequent culture, gains an existence within the momentary, and the future diminishes in comparison to the magnificence of a present free from races or competition or fear. The silence highlights the beauty in my endeavor, and makes it more human.