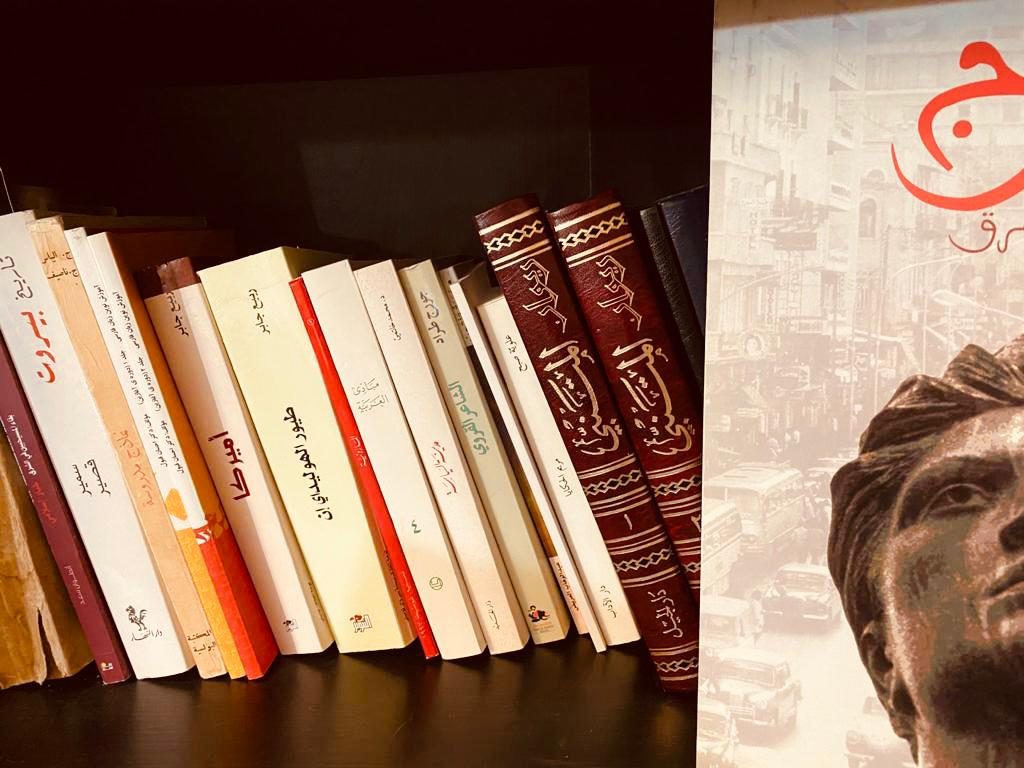 Carine Allaf is the Senior Programs Advisor for QFI.  Although she works across all programming, her primary focus is on our international programs, elementary Arabic immersion schools, monitoring and evaluation, and research. In this blog, Carine writes about her relationship with the Arabic language, and how she conveys to her children a message of confidence to comfortably navigate the cultural differences associated with both English and Arabic.

I was born in Lebanon but, like most Lebanese, I grew up outside the country: in my case, in Kuwait. On the day Iraq invaded Kuwait in August 1990, we ended up in the United States by pure luck. What was supposed to be the start of our summer trip was actually the start of a new life. 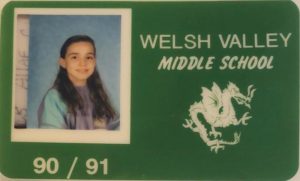 My father’s foresight was key – he strongly believed that English is the universal language. As such he had enrolled me and my 3 siblings in a private American school in Kuwait. This served us well when we suddenly found ourselves on American soil at the start of a new school year. Knowing English and having been previously educated in the American system made the transition seamless (minus the curious questions from peers and adults about “my camel,” living in a tent, or growing up in a desert). In Kuwait, although our education was superb and in English, Arabic was not necessarily emphasized, and I recall that it was my least favorite subject and the only one I barely passed. One silver lining of losing our home was that we did not have to take Arabic at school! 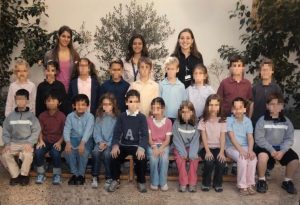 Carine’s class when she taught in Beirut

However, fast forward a few years of living in the United States, and on our first trip back to Lebanon, the importance of our language and heritage became starkly clear. Ironically, the time away from the region reinforced the Arab in me, despite my desperately wanting to be American. In the years that followed and especially during college, I had a very difficult time embracing that I was both – an American and a Lebanese – and was always at a loss for words when someone asked where I was from. I wasn’t American enough and I wasn’t Lebanese enough, and I was always searching for that one label. It wasn’t until 2003 when I returned to Lebanon as a teacher at a private international school, similar to the one I had attended in Kuwait, that I became fully comfortable with my own multi-faceted identity. I no longer cared that neither my English nor my Arabic were perfect; that although I could write a 10-page paper in English, it took me forever to write or read a paragraph in Arabic; and that I wasn’t either American or Lebanese, but rather I was ever-moving on a continuum of both. And I realized that so many people were like me. 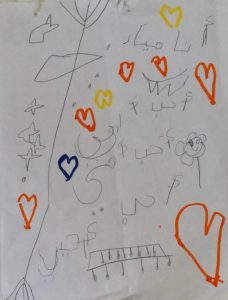 Arabic took on a renewed importance in my life, despite disliking it during my formal schooling. I took more time to focus on Arabic, to speak it as much as possible, and, when I could, to work on reading and writing in my native tongue. I enjoyed surprising people when I spoke Arabic when others least expected, or when I understood what someone else was saying in my presence.

I was proud that I was able to conduct my doctoral research in my home language and I am proud that I am raising my own two children in Arabic. Is my Arabic perfect? Far from it. Do I break into English more often than I would like? Absolutely. But being able to operate in English and Arabic has served me incredibly well in my life, and it would be a huge disservice to my children if I did not pass that onto them. 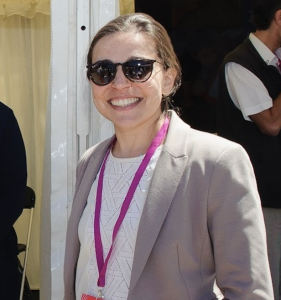 Carine working at a QFI event

Like me, they can hone and refine it throughout their life, but giving them the foundation now, and most importantly, the love and pride associated with having roots in the Arab world, is a no brainer for me. They are also lucky that they are growing up in New York City, where being different is more the norm than the exception. But who knows what life will bring them, or where they will end up? Being comfortable in their own skin, confident in their ability to navigate the cultures associated with both English and Arabic, and most importantly, being comfortable with difference, are truly essential.