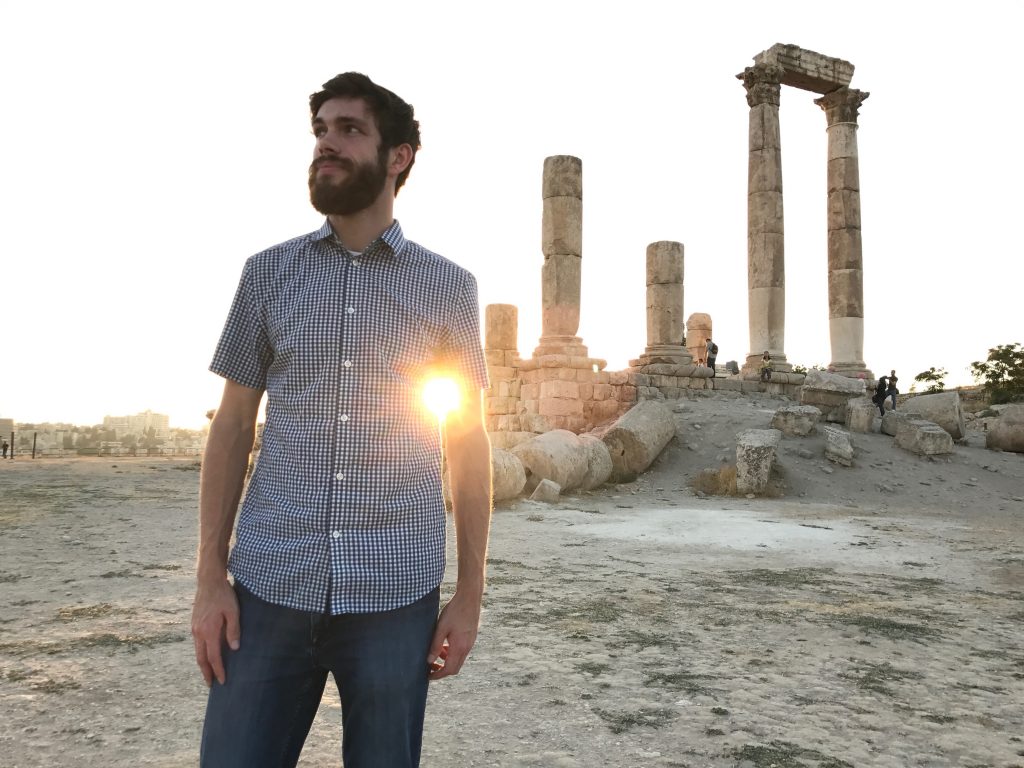 Jonathan studies at Brigham Young University, majoring in Middle Eastern Studies and Arabic Language while also being a Pre-Med student.

I came to Jordan with several specific goals in mind- namely, to improve my ability to speak Arabic, to become familiar with NGOs operating in the Middle East (to help me know how to be involved when I return as a physician in the future), and to become familiar with Arab culture. Qasid was an amazing institute that helped me a great deal with my goals- especially through giving me regular access to native instructors. The program included both structured and unstructured instruction time that allowed me some flexibility in pursuing topics most relevant and interesting to me. This mostly centered around cultural differences I have sought to understand, politics of the Arab world (the Israeli-Palestinian conflict, the Saudi-Iran cold war), and words and expressions related to the medical field. Without a doubt, my vocabulary, fluency, and overall confidence increased a great deal. I had the opportunity to volunteer weekly at CRP (Collateral Repair Project), an organization that works with refugees, primarily from Iraq. Each week I prepared and led an after-school program for kids between the ages of 7 and 15. Leading these group activities and lessons pushed me to expand my Arabic abilities, exposed me to another facet of Arab culture, and gave me a powerful experience with humanitarian work.

Jordan is a unique place to learn about the conflict in Palestine because half of the population are refugees from Palestine and their descendants. One of my most burning curiosities was to hear Palestinians in the diaspora share their thoughts and feelings about the state of Israel- in their native language. I talked to professors, taxi drivers, people in parks, and other Arab friends about the conflict, and I got a range of responses. Overall, most people I met were not a fan of Israel. But almost everybody immediately followed up by saying that they don’t have a problem with the Jewish religion, or Jews as an ethnicity. Some even said that they are fine with a Jewish state in Palestine, as long as it respects the rights of the Arabs living there. A small number of people voiced strong opposition to the existence of Israel, and even distaste for Jews as a people. The vast majority of Palestinians and Jordanians who I talked to seemed to have reasonable views- which might surprise some Americans who unconditionally support Israel. While the conflict remains complex to me, for many reasons, it built my faith in humanity to hear so many rational, cool-headed Arab opinions on the matter.

I certainly wish that my Arabic were better that it is- but I have learned a great deal and I am so grateful for the opportunity I’ve had to study here this semester. I am more excited and passionate than ever to continue studying and being involved in the Arab world.