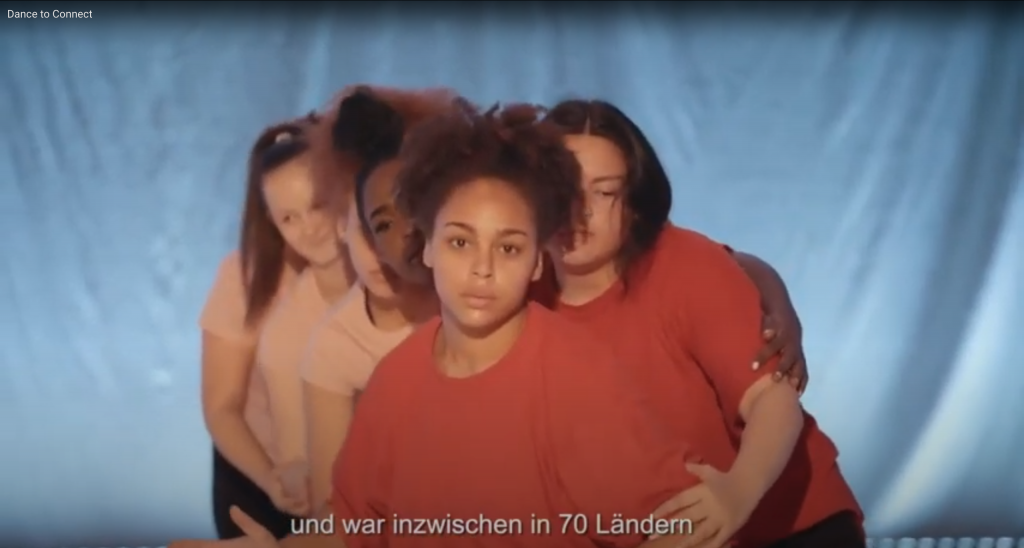 In 2019, QFI supported Battery Dance’s “Dancing to Connect” workshop in the German city of Kassel. Designed to bring together a group of young people representing the diversity of the city, a group of 70 new arrival students and students who grew up in Germany gathered to work through their differences and express themselves through dance.

The program was welcomed and championed by the city of Kassel, who has been at the forefront of innovative ways to break down barriers between new arrivals to Germany in ways that celebrate diversity and enhance understanding. Charlene Hackley, Education Coordinator for Refugees and New Arrivals for the City of Kassel praised the dance project saying that the young people “created a masterpiece of a show. It opened up a new door to new cultural activities and connections.” QFI’s work in Germany continues the tradition of our work of expanding understanding between young people regardless of their backgrounds and connecting youth through the power of communication.

We invite you to watch the video to learn more about the Battery Dance workshop process, including the challenges and successes that the group experienced as they worked to create their dance performance together.

Dancing to Connect for Refugee Integration was an initiative in Germany funded by the ERP Transatlantik program of the German Federal Government with funds from the Ministry of Economic Affairs and Energy, the U.S. Department of State and U.S. Embassy Berlin, Schöpflin Stiftung, and Qatar Foundation International, with the support of many local partners. Battery Dance launched a larger five-year Dancing to Connect initiative in 2016 across several cities. Each workshop was designed with facilitators who were not only using dance to express a certain ethos through choreography but actually providing a space, both physical and emotional, for young people to work through differences and find ways to express connections through movement.

Battery Dance is among New York City’s foremost cultural ambassadors and has worked internationally to introduce its award-winning Dancing to Connect program using dance as a tool for building social cohesion and resolving conflict throughout the world. Based on challenges or specific requests from the host countries where workshops are taking place, Battery Dance has hosted Dancing to Connect workshops on a variety of themes including inclusion/exclusion, conflict resolution, and prevention, empowering the less advantaged, gender-based violence and human trafficking, the differently-abled, refugee integration, and school subject areas. Its experience administering workshops in a variety of locations around the world has brought cultural diplomacy into dance in a way that allows people from a variety of cross-cultural backgrounds to connect and work together. Because of Battery Dance’s commitment to sustainability, local teachers and facilitators are involved in every workshop. The continued commitment to building understanding also means that Battery Dance places emphasis on building local partnerships to continue the work long after the workshops conclude.

QFI was honored to be among the important partners who worked together to make this workshop possible in Kassel. Our work with the city of Kassel is continuing in 2020 through our support of All In AKGG’s language classes for heritage Arabic speakers. We look forward to sharing more stories from Kassel in the year to come through the leadership of Ms. Hackel and others in Kassel who continually push for community understanding.