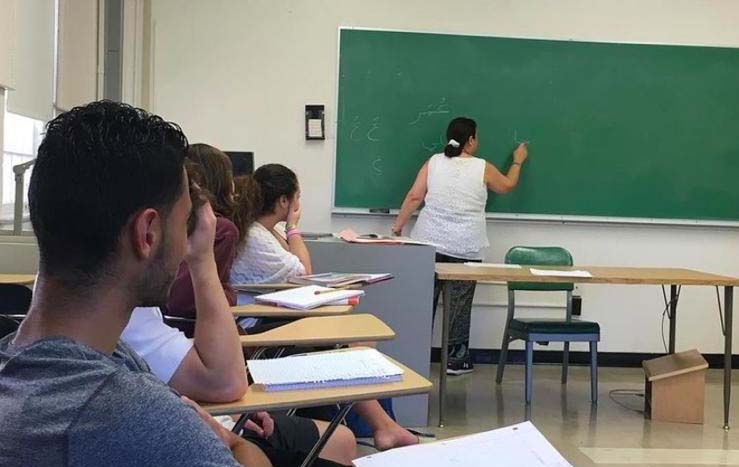 I grew up in Egypt and got a master’s degree in teaching English as a foreign language (TEFL).  My plan was to teach English to Egyptians, but my life took a different path when I became a US citizen in 1989.  I was told I could not teach English in the U.S. since I was not a native speaker; instead, I was offered a job teaching Arabic and I took it.  This is how I became an Arabic instructor teaching American students.  For the last 30 years, I have been teaching Arabic at institutions such as the University of Pittsburgh, the University of Maryland, and George Washington University. 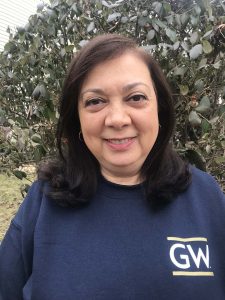 I do enjoy teaching Arabic.  New students are amused by my enthusiasm for the language and by the end of the semester, most of them share my enthusiasm and appreciation for the language.  Arabic language and culture are so intertwined you cannot teach one without the other. For example, the greeting “ahlan wa sahlan” means you have arrived into a family and a valley.  To someone traveling in the desert a thousand years ago, this was the best greeting and remains so still.  It shows the generosity, hospitality, and goodwill of Arab culture.

It brings me a great deal of pleasure when I see that I have sparked the interest of even one student in my culture.  For example, a student in her second semester of studying Arabic discovered Umm Kulthum on her own.  She researched her songs and understood the title of one of her most famous songs: inta 3umri.  My student then wrote me an email after class to share her discovery; she couldn’t wait until the next class to tell me about it.  Something similar happens every semester with each new group of students.

Arabic is unrepresented in K-12 schools

Sadly, Arabic is underrepresented in K- 12 schools because interest in Arabic started suddenly within the last 20 years after 2001.  Rather than start with students in elementary schools, the government focused on learning Arabic at the college level.  College students graduate in four years and can work for the government as translators and analysts. Now the government has realized that building a good foundation of Arabic specialists should start at the grade school level.  Additionally, the number of Arab immigrants in the US is increasing, and parents want their first-generation children to learn the language in school.  Unfortunately, there is still a big need for materials to support our teaching of this beautiful and complex language, but I see a bright future for the Arabic language in American school systems.

* Dina Elhefnawy is a senior lecturer. She teaches the Arabic language at the George Washington University.