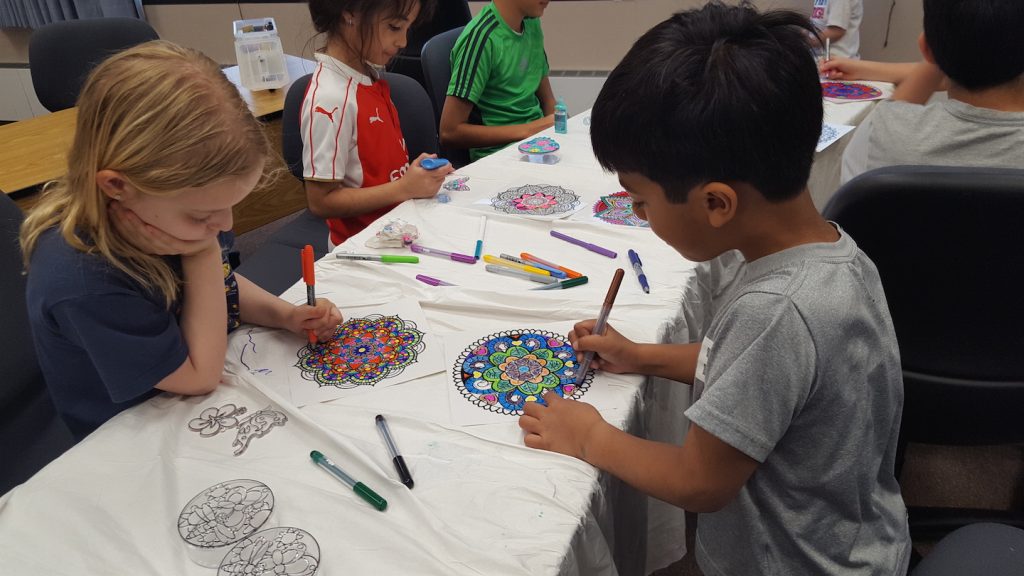 Layali Eshqaidef is the Founder and President of Kalimah Programs, an organization that offers non-religious and inclusive Arabic language learning programs, tutoring, and translation services in Montgomery County, Maryland. This may, Kalimah Programs won QFI’s #ArabicYoga contest! Read more about Kalimah Programs’ relationship with yoga below. 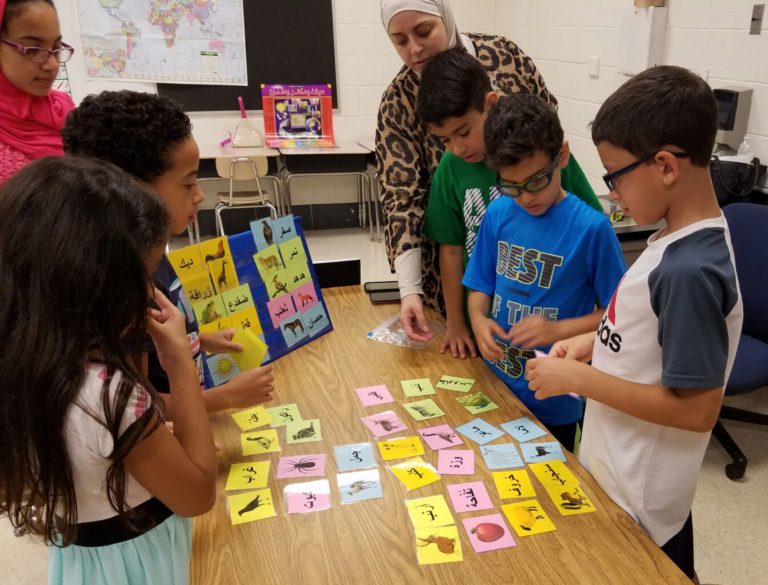 We started using Yoga as part of the “Stretch and Reflect” segment of our Arabic Immersion Weekend Program, which launched in January of 2017. It helped engage students in active, meaningful language learning that promotes health concepts such as movement, balance, mindfulness, and bodily awareness. We came up with pose/movement names in Arabic that help kids remember words like table, chair, tree (شجرة), frog (ضفدع), lion (أسد), star (نجمة), crescent (هلال), and others by stretching and acting them out in sequence with visual aids. Many kids chose to practice them at home too and started thinking of more poses/movements to add to the sequence.

Just like the alphabet letters, educators and learners at Kalimah Programs work together to make Arabic come to life and integrate it into our everyday lives. Arabic is much more than a language to read and/or speak. It’s a culture and a region with a rich history and significant contributions to modern sciences, humanities, and universal culture. In today’s interdependent world, the Arab World is just as important to know as China, India, and others. As an official UN language and the language of majority of 29 countries in North Africa and the Arabian Peninsula (South West Asia), learning Arabic can help one understand and communicate with around 300 million native speakers. For a language that is the 5th most widely spoken worldwide, the number of people learning it still lags behind.