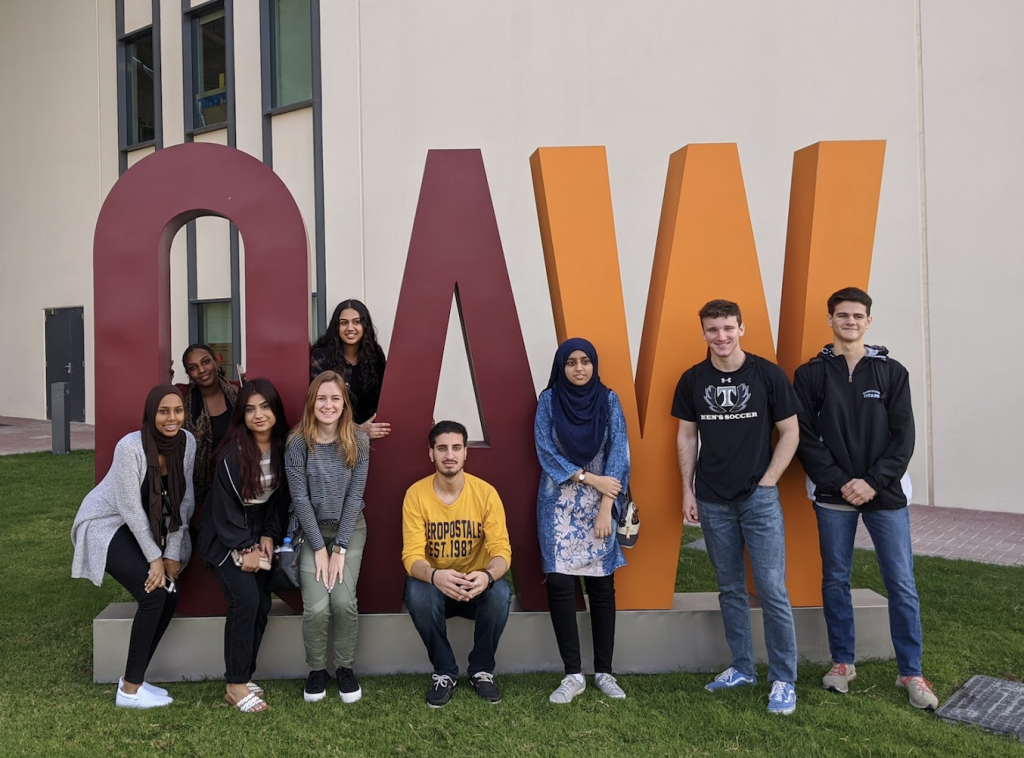 During the first quarter of 2020, QFI supported several notable events in the United States, UK, and Canada. We are proud to continue helping provide opportunities to build communities of students and educators committed to the Arabic language and Arab culture. See our impact below! 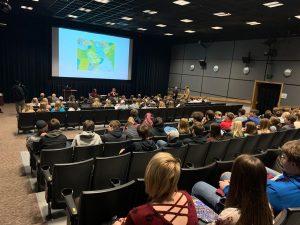 QFI was proud to support Montana World Affairs Council’s annual Academic World Quest Competition in Missoula, Montana. This is a two-day global education and international affairs competition hosted by the University of Montana on its campus, during which students participate in a global trivia competition and attend special panels and keynotes with global affairs leaders. The event had several areas focuses, including the Arab World. Former US Ambassador to Qatar, Susan Ziadeh, and former US Ambassador to the UAE, Barbara Leaf, led discussions on the future of the GCC and US-Gulf relations in the 21st century. The winning student team will travel to Washington, DC in the fall to participate in the nationwide Academic World Quest Competition with teams of students from throughout the US.

In partnership with GEEO Travels, we were happy to support a cohort of 11 primary and secondary educators who spent nine days traveling throughout Oman led by in-country guides, the group visited renowned sights in the city of Muscat, such as the Sultan Qaboos Grand Mosque and the National Museum of Oman. They then traveled throughout the country to enjoy natural landscapes and history, including a night in a Bedouin camp in the Wahiba Sands desert and hiking through Wadi Nahkr, the Grand Canyon of Oman. Although the group had to depart before their scheduled week in Qatar due to the COVID-19 pandemic, they will return for that portion of the trip when conditions for traveling have improved. 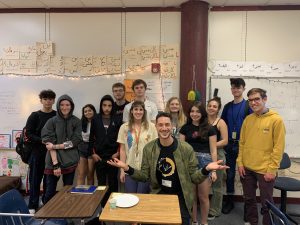 Omar Offendum visited Mrs. Courtney Diranieh’s Arabic classes at Burnet Middle School and Austin High School in Austin, Texas. Although Offendum was originally scheduled to perform as part of the canceled SXSW EDU conference, he was ready to shift his plans and spend time with Arabic language classrooms. To prepare for his visit, Mrs. Diranieh had her classes listen to some of Offendum’s music and worked on additional vocabulary that celebrates Arab foods. Offendum performed several songs, including “Finjan,” “Close My Eyes,” and tracks from his new musical “Little Syria.” Students also participated in an open dialogue about mixed cultural and national identities, as well as Offendum’s own upbringing and artistic inspirations.

“The kids were impressed by his memorization skills, which he attributed to his immersion Arabic school and studying the Qur’an. We were so happy and grateful for the experience, and we would welcome Omar back anytime!  I personally think he could make a career as an Arabic literature professor, too,” said Mrs. Diranieh.

Students and teachers from 10 schools in Belfast convened for Pupil Day in early February. With increasingly diverse populations emerging across Northern Ireland, this event was an opportunity for students to learn more about the cultures of their peers from the Arab world.  Approximately 140 students participated in a variety of activities including calligraphy, Arab recipes, storytelling, and history lessons on the Golden Age of Islam in the Arab world, with BBC providing coverage. Officer Omar Tarabishi represented QFI at the event and shared information about relevant opportunities for educators to incorporate Arab culture in the classroom. 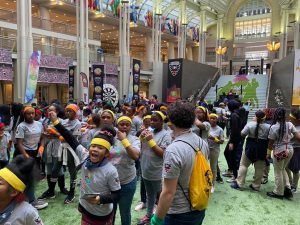 Qatar National Sports Day was hosted by the Embassy of the State of Qatar at the Ronald Reagan Building and Trade Center in Washington, DC. National Sports Day is an annual celebration in Qatar that began in 2012 to promote healthy lifestyles and wellness. The event in DC was entitled “Football meets Futball” with participation from local sports partners, including the Washington Redskins, D.C. United, and Washington Spirit. Nearly 450 students from several elementary and middle schools from around the DC, Virginia, and Maryland area attended. Kids not only joined in athletic activities but also had the chance to learn about Qatari culture and the Arabic language from our staff. Students engaged with QFI during their break time learned how to write their names in Arabic on customized name tags, and developed an appreciation for cultural and linguistic differences. 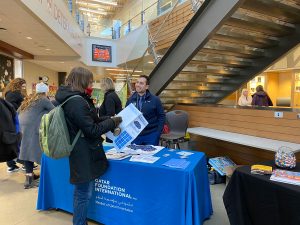 The Institute for Innovation in Second Language Education hosted the Second Languages Matter Best Practices Day in the city of Edmonton in Alberta, Canada. The event is an annual gathering of 300 language educators from across the Alberta province and offers practical sessions for all languages, programs, and levels in primary and secondary schools. Program Officer Omar Tarabishi led a session for Arabic language and culture educators about the opportunities and resources offered by QFI. Teachers also received a guided tour of online resources, how to apply for funding and grants, and had the chance to discuss our mission in more detail at our exhibition booth. We’re very excited to expand our reach to partners throughout Canada. 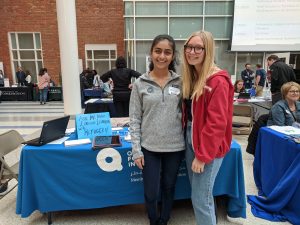 The DC Multilingual Fair was held at Theodore Roosevelt High School in Washington, DC, where several organizations from across the district shared their commitment to multilingual education.  Program Associate Tahreem Akhtar and Graduate Fellow Anita Farsad shared resources and opportunities for Arabic language learning, alongside our partners, Kalimah Programs for Arabic Education and NaTakallam. We also had the opportunity to speak with interested students, parents, and teachers, including one of our students from the Arabic Honor Society chapter at Washington Latin High School. We love to see how our work in primary and secondary schools directly impacts students and their families! Omar Offendum concluded the event with music and poetry, giving participants a chance to hear the beauty of the Arabic language firsthand.