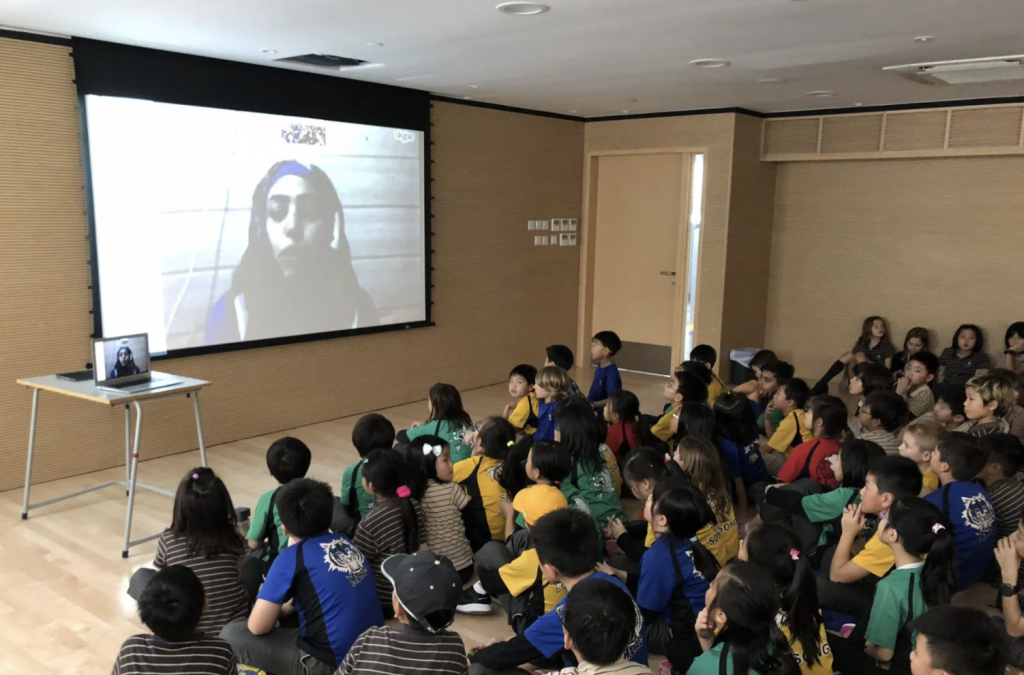 QFI is happy to host the third in our webinar series with one of our partner organizations, NaTakallam. The webinar aims to help language educators design synchronous and asynchronous lessons that integrate NaTakallam’s Conversation Partners (CPs) as a way to engage with Arabic, French, and Spanish language students during the current COVID-19 pandemic. NaTakallam (“we speak” in Arabic) is an award-winning, woman-founded, social enterprise that delivers high-quality, impactful language, translation, and cultural exchange services by vetted and highly-skilled refugees and displaced persons worldwide. QFI offers scholarships to schools and teachers who are interested in hosting NaTakallam sessions with CPs from the Arab World with their classes.

Join us to meet Varty, Asalah, Bénis and Pavel — four of NaTakallam’s Conversation Partners (CPs). Varty is originally from Syria and is currently living in Armenia. She is trilingual in Arabic, Armenian, and English. She has an extensive background in teaching Arabic in Syria. Varty holds a Bachelor’s Degree in English Literature and also worked as a translator and interpreter for over 14 years. Asalah is also originally from Syria. She is in her 30s and holds a BA in Economy and E-marketing. In Syria, Asalah worked as a middle school teacher, before moving due to the conflict. After several years in Lebanon, she has been resettled in Italy. She loves to teach, especially to young people. Bénis is in his 40s and originally from Burundi. He now lives in Uganda after being forced to leave due to political conflict. Bénis holds a Masters in Didactics of French as a Foreign Language. In his free time he loves to play guitar and watch comedy movies. Pavel is in his 20s and originally from Valencia, Venezuela, but due to conflict in his country, he left to live in La Plata, Argentina. In the past, he studied languages, and he is very passionate about teaching language. In his free time, he loves watching horror movies, reading, playing video games, and playing guitar.

The webinar recording can be viewed on our YouTube channel.

X
We use cookies to ensure that we give you the best experience throughout our website. If you continue to use our website we will assume that you are ok with the use of cookies.I AcceptI Do Not AcceptPrivacy policy