In the Arabic language, there is a difference between the formalized “Modern Standard Arabic,” and its wide variety of regional dialects. While strongly rooted in standard Arabic, colloquial dialects vary greatly in pronunciation, vocabulary, and grammar. These differences are the result of hundreds of years of coevolution alongside local languages, customs, and traditions, as well as later external influences such as colonialism. The result is a rich, layered, and unique cultural reflection of a people and their history.

This map takes the common question of “What are you doing?” to show how widely it varies throughout the Arab World. Dialects transcend political and natural borders, therefore the areas presented should be viewed as a fluid and ever-changing approximation. 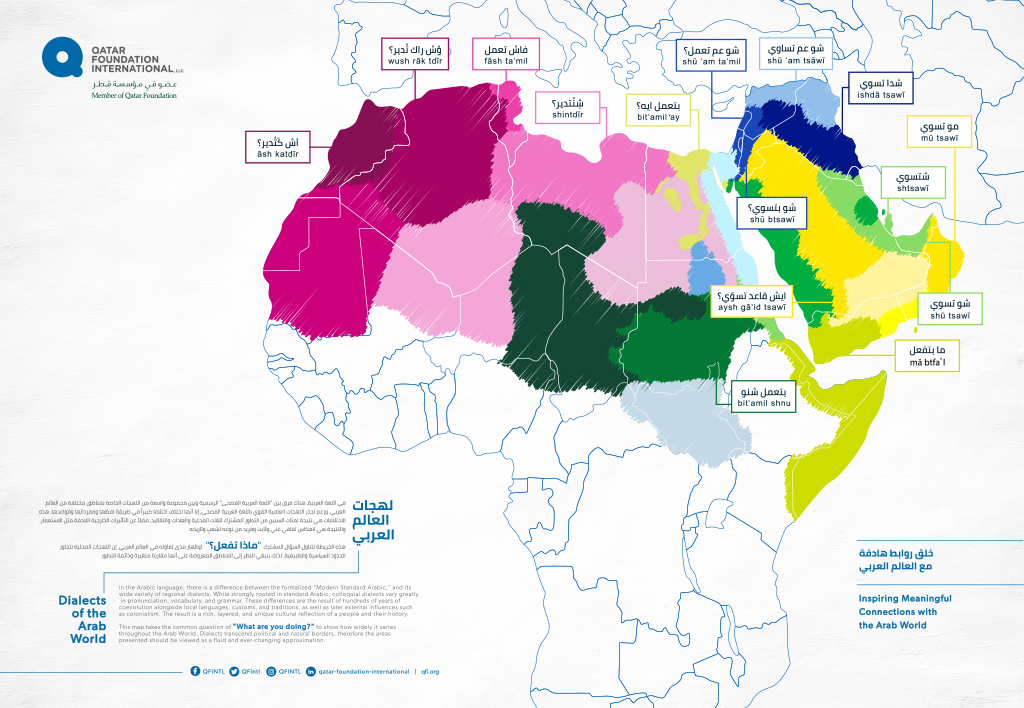