The traditional Arab ensemble is known as ‘takht’ (literally meaning “bed” in Arabic). The composition of the ensemble may vary, but it is typically composed of the following six melodic instruments: the ‘oud, qanun, nay, kamanja, riq, and darbuka. The ensemble may be joined by male or female vocalists. The takht ensemble employs the use of quarter tones in addition to whole and semi-tones, which gives the takht its unique and melodramatic sounds. 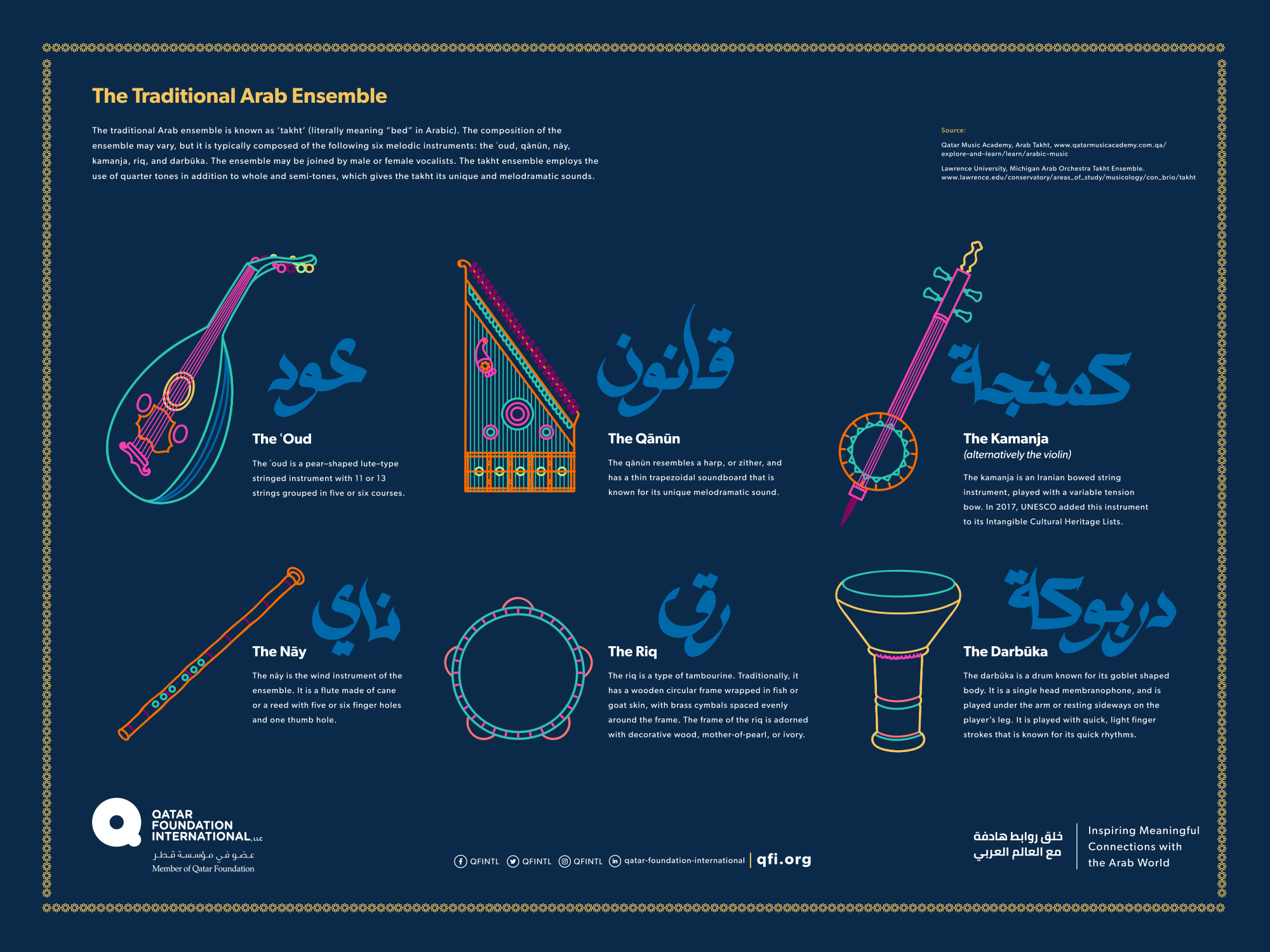