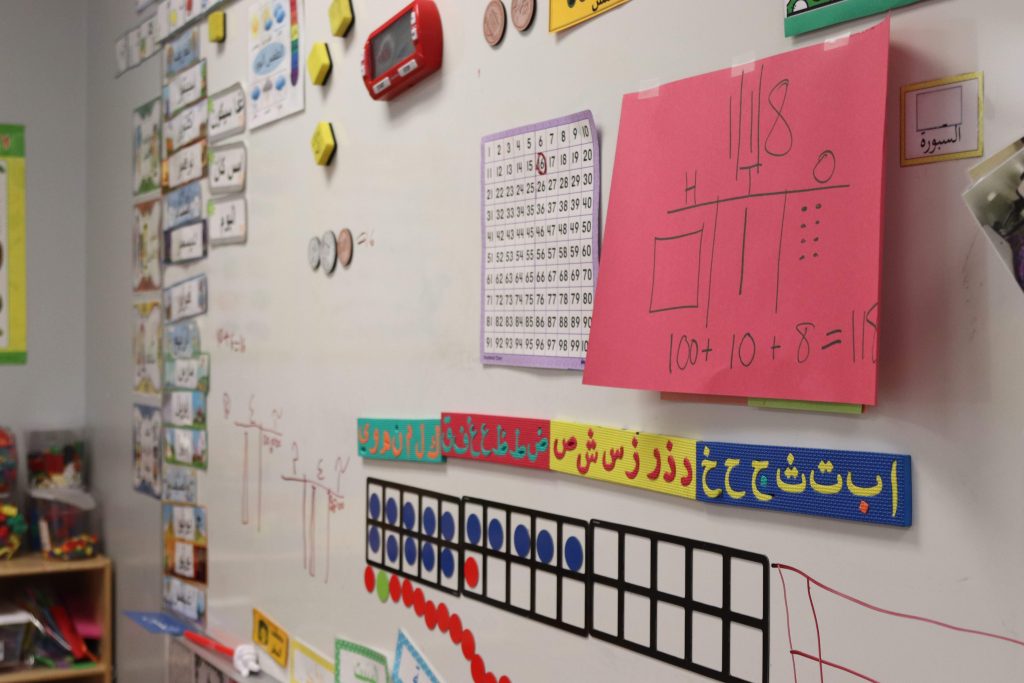 QFI will host a special livestream event with NaTakallam where students and teachers can hear directly from Conversation Partners (CPs) who have experienced forced displacement. This livestream will encourage students, families, and teachers to think globally and begin to understand the nuances and diversity of the experiences of displaced people. More specifically, our session will introduce:

This session will mirror one of NaTakallam’s classroom sessions where teachers can customize based on their curriculum and subject area during the school year. Since schools are closed, tune in for a livestream to bring a NaTakallam session to your home. Teachers can use this opportunity to get a glimpse into how NaTakallam sessions might fit into their teaching practice (both during school closures and when schools resume in-person classes).

Join us to meet three Conversation Partners, Shadi, Ghenwah and Marianela. Shadi is in his late thirties and is originally from Qamishli, Syria. Due to conflict in his home country, Shadi moved to Erbil, Iraq. Before working with NaTakallam, he worked as a music teacher and translator. Shadi enjoys reading and listening to music in his free time. Ghenwah is in her late 20s and is originally from Salamiyyah, Syria. She studied English literature at the University of Damascus before fleeing to Turkey, where she lives with her husband and two sons. She is currently resuming her studies at Istanbul University, and in her free time, she loves experimenting in the kitchen. Marianela is originally from Maracaibo, Venezuela. She was living in Merida, Venezuela when she decided to move to San Jose, Costa Rica due to conflict in her home country. Previously Marianela taught Spanish and owned an adventure tourism agency. She loves to travel, meet people from different countries, talk, and learn about their culture and interests, so she loves teaching Spanish via Skype. Marianela is also an ecologist and a passionate recycler.

Background: NaTakallam (“we speak” in Arabic) connects refugees and displaced persons with language learners worldwide for online language practice and cross-cultural exchange. Students all over the world work with Conversation Partners (CPs) – all of the individuals displaced by conflict – improving their speaking skills and learning about their partner’s culture and story. Since 2015, NaTakallam has provided over $700,000 USD in disbursements to refugees who at times have no other access to employment due to their legal status and location. Currently, NaTakallam employs CPs from Syria, Iraq, Venezuela, Honduras, Nicaragua, Afghanistan, Iran, Burundi and beyond, offering language learning in Arabic, Persian, French, and Spanish as well as cultural exchange programs in English or in any of the above languages.

QFI engages a global community of diverse learners and educators, fostering global competency and 21st-century skills through the exploration of the Arabic language and the Arab world’s societies and cultures. QFI offers scholarships to schools and teachers who are interested in hosting NaTakallam sessions with CPs from the Arab World with their classes.

Webinar details: This webinar took place on Tuesday, May 5th at 4 pm ET

X
We use cookies to ensure that we give you the best experience throughout our website. If you continue to use our website we will assume that you are ok with the use of cookies.I AcceptI Do Not AcceptPrivacy policy