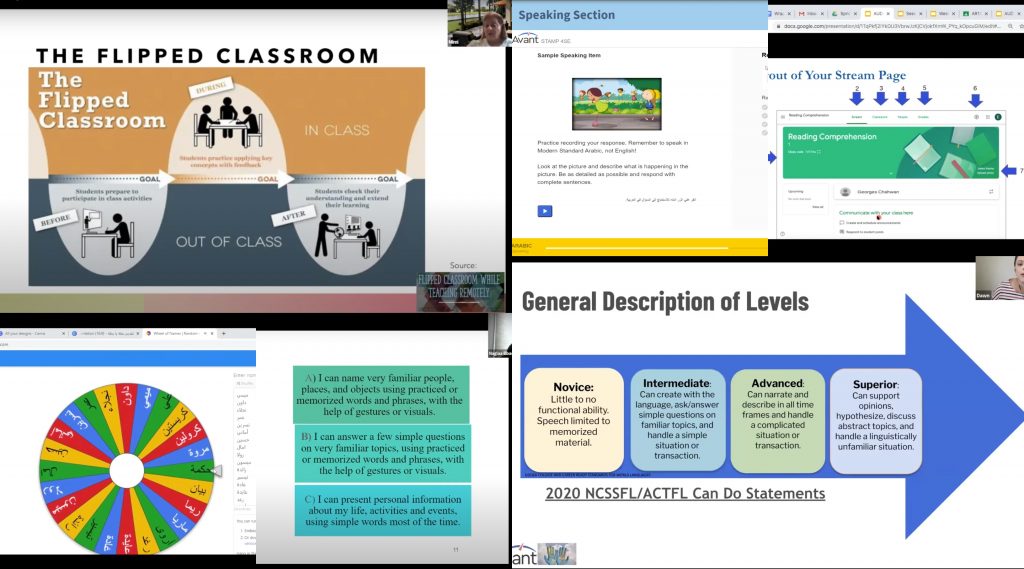 Qatar Foundation International’s annual Arabic Summer Institutes took a different form this summer in light of the current COVID-19 pandemic. The ASIs, as they’re often referred to, were not held in-person in places like Houston, New York City, or Salt Lake City this year as they have in the past. They convened online: one for immersion teachers and one for teachers of Arabic as a foreign language.

The first two weeks of August brought together educators from across the QFI network, across time zones from places such as California, Texas, and New York featuring experts in the field, teacher leaders, and other Immersion and Online teaching professionals for a Professional Development opportunity unlike any other in the past. Zoom meeting schedules were prepared for immersion teachers and for teachers of Arabic as a foreign language to separately convene and attend presentations that engaged the audience, in keeping with the tradition of past ASIs to practice what they learn. Zoom features such as annotate, breakout rooms, screen sharing as well as polling were used to make this year’s ASIs as interactive as possible given the virtual context and allowed teachers to practice these tools so that they may be able to use them to personalize their online classes this fall. 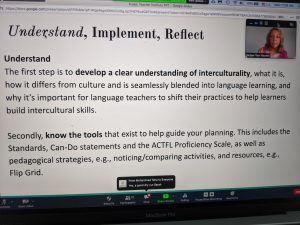 In light of the uncertainty experienced in the past five months, QFI originally planned to host the Arabic Summer Institute for immersion teachers alongside the Annual Utah Dual Language Immersion Institute (AUDII) in Salt Lake City, UT. Teachers from the QFI network would have convened during the first week of August to attend an in-person conference from Aug 3-7, 2020. As part of the larger AUDII Conference for Immersion, the Arabic cohort then would have attended sessions alongside immersion teachers of other languages, while also breaking off to do language-specific professional development throughout the week. The opportunity to be in Utah would have given teachers the experience of speaking and hearing from prominent dual language immersion programs at AUDII, one of the leading US pioneers in immersion education. In late May, QFI announced that it would not be sending teachers to AUDII in-person, in light of the pandemic, and instead had immersion teachers attend a remote series of presentations by their peers and other immersion experts in the field during that same first week of August. Two zoom webinars a day, one in the morning and another in the afternoon, helped alleviate zoom fatigue, something many of us can relate to after spending months at home during the current pandemic. Sessions were limited to 1.5 hours and engaged the audience by being interactive, to make up for the lack of in-person interaction experienced at ASIs in the past. Teachers heard from Dr. Myriam Met, Dawn Samples from AVANT Assessment, and Arabic Immersion expert Naglaa Elbadawi as well as other teacher leaders that have taught in immersion classroom for multiple years. In addition to AM and PM sessions, virtual office hours were set up for teachers to engage with immersion experts on questions regarding materials, pedagogy, teaching strategies, and how to adapt the material to the remote learning environment.

While the ASI Immersion ended on August 7th, the ASI for Arabic teachers as a foreign language continued throughout the following week. Teachers from across the QFI network teamed up to create project-based mini-lessons focused on intercultural communicative competence, asynchronous learning, and synchronous learning for the online environment. Organized by Mohammad Taha, teachers followed a four-day schedule for the three different modules that started with a Day 1 Focus Day, designed to introduce and reinforce the material, whereas Days 2 and 3 were opportunities for teachers to meet and speak with professional education consultants in the Arabic education field such as Rana AbdulAziz, Iman Hashem and Layla Bahar Al-Aloom in the form of virtual office hours. Day 4 served as a presentation day where teams demonstrated their mini-lesson for the three modules and received feedback from their peers and module leaders. 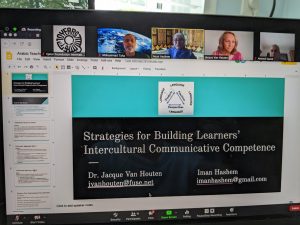 Modules were led by Dr. Jacque Van Houten and Dr. Amber Navarre, coupled with Iman Hashem from Occidental College for adapting the material to be used in an Arabic foreign language classroom online.

Responding to the current pandemic and being able to offer a form of online professional development for our teachers proved to be essential in the lead-up to the start of the academic year 2020-2021. Teachers who attended either the ASI or ASI Immersion were able to view, practice, and demonstrate new distance learning skills to use in the remote learning environment that they can implement with their students for the following year. Whether educators are returning to remote learning, going back to an in-person classroom or a hybrid of both, the material of the ASI reinforced content intended to help students learn and feel supported in this unusual school year.