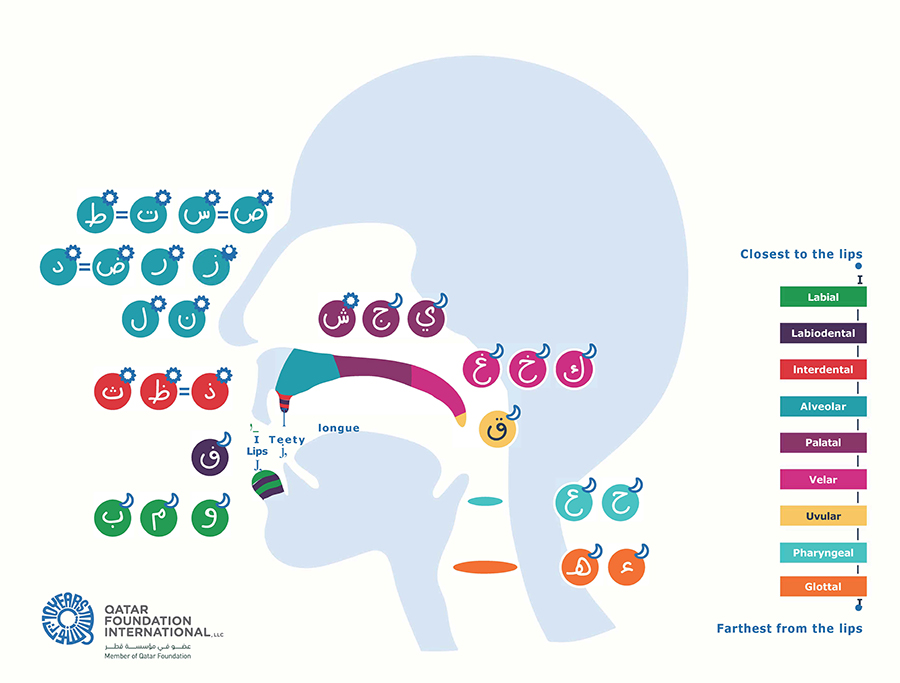 Qatar Foundation International (QFI) and the British Council introduce the Arabic Year 7 Study Plan (click here to access the full document), designed for complete beginners with very little or no prior Arabic knowledge on arrival in year 7.  This Study Plan aims to develop and nurture students’ understanding of the Arabic language and culture and support their progression in their early stage of learning. It consists of two parts:

In designing this scheme, we have taken into consideration educational principles as well as the purpose of the curriculum. We have considered several key questions: Why is learning Arabic important?  How do we help support our students to achieve their goals and objectives? How do students demonstrate their understanding of what they are learning? As a result, the scheme is in line with the MFL Pedagogy Review report conducted by the Teaching Schools Council. It provides a solid foundation for a learner embarking upon a course of study that will lead to the Arabic General Certificate of Secondary Education (GCSE).

The plan is designed to cover a course of learning that involves two to three lessons per week over an entire school year. If less time is allocated to Arabic, the course will take longer to deliver and may even run over two years. At the same time, the scheme does not need to be limited to learners embarking upon a study of Arabic from year seven but can be adapted to suit students starting Arabic in later years.

The language used in Modern Standard Arabic (MSA) or al-fuSHa, the formal version of Arabic used today, is uniform across all Arabic speaking countries. MSA is the variety of Arabic commonly used in the media, literature, political speeches and debates, and religious sermons. It is also the variety of Arabic that features in the GCSE and is tested by that examination.

At the same time, however, the Arabic dialects co-exist with fuSHa in daily linguistic usage in the Arabic speaking community, and we believe that among our objectives, learners should gain exposure to Arabic dialects and experience how native speakers use the different varieties. It is generally accepted that full professional proficiency in Arabic requires comfortable fluency in one dialect of Arabic. For this reason, we recommend that the Arabic course contains regular opportunities for the inclusion of dialect, and we have indicated this through the colloquial spot. With the number of heritage students in many UK classrooms growing, the inclusion of colloquial Arabic varieties is an opportunity to recognize our students’ mother tongues and share them with non-heritage learners.

As well as teaching language in the sense of grammar, vocabulary, and skills, the scheme also seeks to widen students’ knowledge of the culture and history of countries where Arabic is spoken.  We recommend that rather than simply presenting culture as a series of discreet facts, learners should be encouraged to actively participate in communicating with Arabic speakers and experience and discover the culture out of an inherent curiosity. So, just as important as learning to notice and investigate linguistic phenomena, learners should also be noticing, investigating, and interacting with Arab culture. To this purpose, we have included in the intercultural awareness column a range of possibilities and suggestions for exploring aspects of the cultures of the Arab world.

We recommend that each lesson contains a variety of elements: some language, some culture, some script, and review and recycling.

The target language, Arabic, should be used as much as possible in the classroom. The goal should be communication. Learners should use the language in every lesson. Activities such as roleplays and information gaps can be used to get students to use the language, both listening and speaking to one another.

Teachers should set the example by giving instructions in Arabic and encouraging students to use the Arabic language spontaneously, such as teaching students’ basic classroom language to answer the register, check the day and the date, or ask for things. Routines, where students use Arabic in these ways, can quickly be established and reinforced with a classroom language sheet stuck at the back of the exercise book or a display on the classroom wall.

Teachers should also feel free to use some basic Arabic grammatical terminology from the beginning; just as you might expect your students to use English terms like nouns or verbs, learners should be comfortable with the equivalent Arabic terms.

The Arabic letters: shape and sound

Since some Arabic sounds are non-existent in English, students should be explicitly taught the pronunciation of each Arabic letter in the first term. In this study plan, the teaching of the letters follows the pattern of pronunciation: the order begins with the letters pronounced by the lips and ends with the deepest letters in the throat (appendix 1).

Each letter can be associated with a noun; this could be of a school object, an animal, fruit, or vegetable. An example is given in appendix 2, but teachers should feel free to use words they think are best relevant to their learners. As students learn the letters, they can also be taught to merge them with the short and long vowels.

A range of phonics-based resources is available online for teaching these early stages of Arabic literacy.

It will take a long time for a complete beginner of Arabic to master the script and achieve the spontaneity of recognition that they enjoy in the alphabet of their mother tongue. For this reason, the teacher can employ a system of transliteration that allows learners to record and read Arabic words using letters from the English alphabet. The most important thing when using transliteration is that the system should be consistent and use the same specific English letter (or combination of letters) for each Arabic letter. Students must be taught the transliteration system, shown how to use it, and realize that it is a way to represent Arabic pronunciation.

There are many ways to assess your learners, and we leave it to individual teachers and schools to follow their own policies on this. We have included regular opportunities for review and assessment. Teachers can assess students’ performance throughout the term using various techniques, including quizzes and set language activities. Students should also be encouraged to compile portfolios containing their favorite pieces and to work in groups on projects and presentations that can also be used for assessment purposes. Some suggestions on assessment are given in appendix 4.

A wide range of resources are available in book form and online. We have suggested some core and supplementary resources you can use, with a range of language-based games to bring Arabic language learning to life in a fun and varied way.

The study plan also references digital resources. There are some great related websites that allow students to complete exercises at their own pace and practice the work completed in class independently.

Samira Dani teaches Arabic, French, and Spanish at Earls High School in Dudley where she is French curriculum lead. She is also an Arabic GCSE/IGCSE/A Level examiner with Pearson Edexcel and Arabic IGCSE assistant examiner with Cambridge.

Nezha Rida teaches Arabic, French, and Spanish at Rockwood Academy in Birmingham, where she is NQT and PGCE coordinator and the Languages Head of Faculty. She has also worked with Cambridge International Examinations as an exam moderator and Edexcel Exam Board as an examiner. 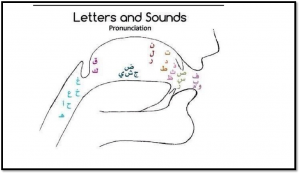 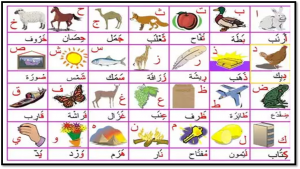 The definite article al is followed by a dash (-) to indicate that it is joined to the following word when written.

Often the first a of the definite article is elided when preceded by a vowel. It is still written in Arabic. In transliteration show the elision in order to represent the pronunciation, e.g., ma3a s-salaama (not ma3a as-salaama) for مع السلامة.

The nouns in appendix 2 are transliterated here for reference:

Teachers should monitor students’ performances as they learn and provide ongoing feedback; hence we suggest some useful low stakes testing techniques such as quizzes, exit tickets, and some pre-set language activities in order to:

Some techniques for low stakes testing are:

This is to evaluate students learning at the end of each instructional unit/half term/term against set standards. For this, teachers should follow their own school policy.