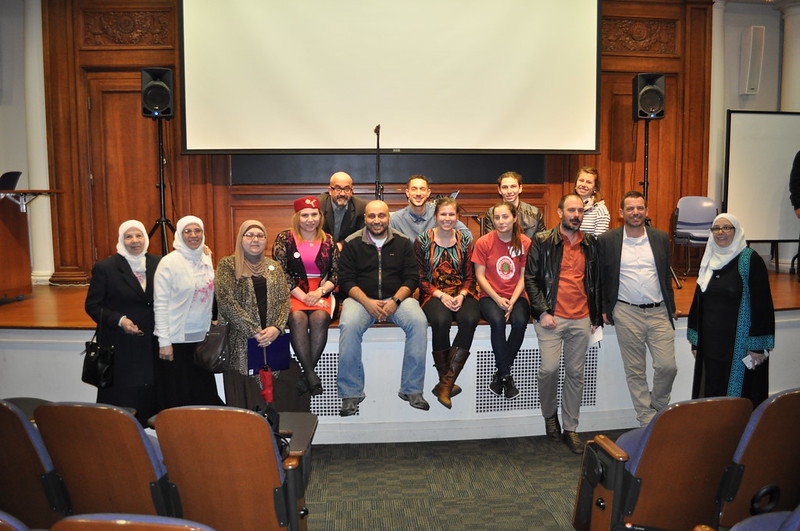 Fadi Abughoush has taken his students from Lindblom Math and Science Academy in Chicago, Illinois, to the Middle East many times – to the International School’s Arabic Debate Championship Competition in Doha, Qatar, to the Arab Youth Congress in Amman, Jordan, and to Morocco for a cultural visit. Each time he was returning to a region he knows well. Abughoush’s ancestral roots are in Palestine, in the ancient Arab town of Abu Ghosh near Jerusalem, but he grew up and earned his degree in Jordan. 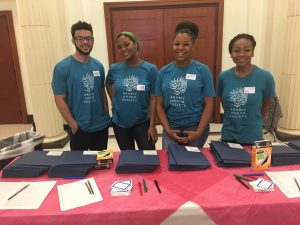 Abughoush first came to the United States in 2003 to apply for a teaching certificate. He came back in 2008 to take up his position managing and expanding the World Language curriculum at Lindblom Academy, where he oversees the Arabic and Chinese language program.

“We have now almost 400 students studying Arabic,” he says. “I think we are the largest school that teaches Arabic as a second language for non-heritage speakers. It’s huge!”

At Lindblom Abughoush developed and implemented an Arabic language curriculum with a holistic approach. It incorporates aspects of Arab culture, including music, art, film, poetry, literature, and cuisine, with an emphasis on practicality. “I teach something called proficiency-based learning,” he explains. “Reading, listening, writing, interpersonal speaking, and presentational speaking. But part of that is that whenever you learn, you have to apply it.” 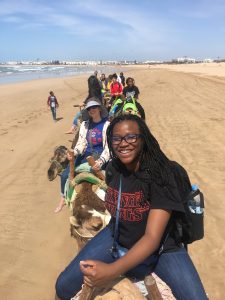 At the moment, he says, he is teaching his students about social media – and so they are also debating whether the medium is beneficial or not for communities. When Abughoush says, “they have to use the language, you know,” he is not joking: last year he brought a group from Lindblom to Casablanca in Morocco where they discussed this very subject with Arabic speakers.

The high level of proficiency needed to conduct debates in Arabic is further developed by a local partnership: senior year students have the opportunity to take a one year course at the University of Chicago, where the more grammar-based approach complements the one Abughoush has created at Lindblom.

This opportunity to open young minds is needed, says Abughoush, because he thinks that “there are a lot of misconceptions about the Arabic language and Arabs in general.” At the beginning of each school year, he gives his students a survey asking them to list the first three words that come to them when they think about the Arab world. “The answers are funny sometimes,” he says. “Because some of them will say ‘there are camels’ and stuff like that.”

But when the students learn the language and come to understand the culture, he says, and when they connect with their peers in Jordan or Morocco – which they do via Zoom and Google Meet, as well as on the trips, “they will change their minds. They will see there is no difference between them. They like the same music, movies, TV shows.” 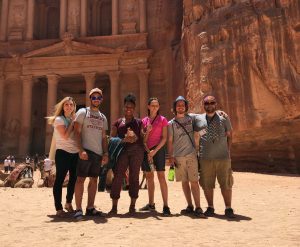 The virtual connections are a very important part of the program, says Abughoush. “My goal is that by the end of each class my students have built friendships with the students in Jordan and Morocco.” It clearly works. Towards the close of each video conference, Abughoush gives his students three or four minutes to talk as they wish. “They all start exchanging Snapchat information,” he says. “That’s actually my favorite. You see them building relationships.”

QFI has been happy to help Abughoush, through supporting school trips to the Middle East, grants, and resources. “QFI has done a lot for us, and especially for me,” he says. “Whenever there is an opportunity or a project, I will apply for it!”

He in return has given a lot back, outside of Lindblom as well as at the school, creating groups for Arabic teachers on Facebook, WhatsApp, and Twitter, which helps foster community among a community of instructors who can often feel isolated – as many school districts only have one Arabic teacher, let alone three, as they do at Lindblom. With hundreds of teachers in these groups, Abughoush has started using Flipgrid so educators and students can exchange videos on different topics.

“Everything was already online,” he says, “and this has been a big hit.” 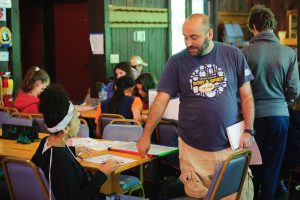 How does he have the time to manage all these online platforms? “I’m addicted to my phone,” he jokes. “But when you create something like this and others join up, it becomes a joint effort.”

There’s just one downside to Abughoush having to do everything online and virtually from home during the pandemic: he has a loud voice. “Because of how loud I am teaching, my wife has me working from the garage.  I guess it beats being ‘in the doghouse’ with her!”