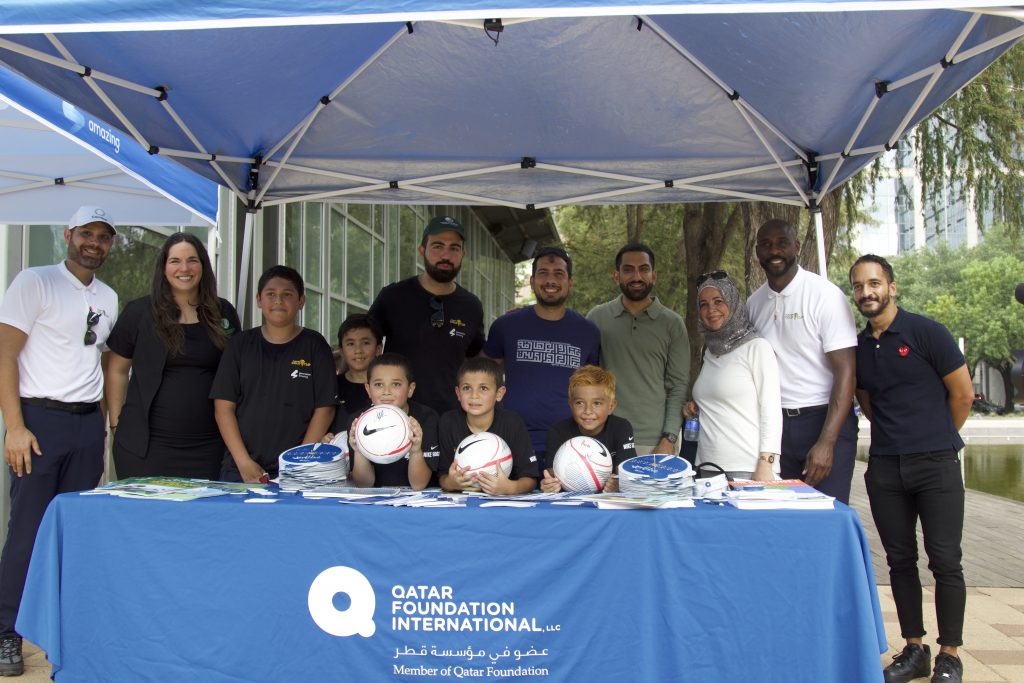 Bilingual Arabic-English books for children published by Maktaba and an Arabic – English football vocabulary poster created by QFI and Generation Amazing, were donated to students participating in the recent Generation Amazing football for development sports event in Houston, Texas.  Our long-standing QFI partner Arabic Immersion Magnet School (AIMS) students were among the over 100 children participating in the event.  The donation was made as part of a Qatar Foundation strategic partnership effort to mark the Qatar-USA Year of Culture and followed the Qatar national team’s participation in the 2021 CONCACAF Gold Cup.

The books were developed for school children by Generation Amazing and Maktaba to encourage engagement in sport and promote positive values around social inclusion, healthy living, and sustainability. “QFI is grateful to Generation Amazing for the donation of these high-quality bilingual Arabic-English books. We are excited to share them with Arabic educators and students in the US. We need more resources like these to help further the mission of schools like AIMS, who work to prepare the next generation of global leaders with bilingual backgrounds,” said QFI Programs Director, Julia Sylla.

Upon donating the books at the event, Nasser Al Khori, Generation Amazing Programs Director, said: “We are delighted to offer young children a chance to learn about the empowering values of sport and all the associated life lessons. This initiative means the legacy of the FIFA World Cup Qatar 2022 will live on through future generations, and we are proud to be able to make a meaningful impact in the US in support of the Qatar-USA Year of Culture. Our bilingual books, produced in collaboration with Maktaba, are written by six talented authors, both nationals and current or former residents of Qatar. We believe they will help children get active and learn about all the wonderful lessons we can gain through sport.”

Sarah Champa, Founder of Maktaba, said: “As a children’s library, we are passionate about books and the valuable lessons they transmit. Collaborating with Generation Amazing on this series of children’s books that use football as an inspiration to teach powerful lessons about healthy living, developing more sustainable behaviors and social inclusion, has been inspirational. We are so thrilled to see these books getting into the hands of emerging Arabic speakers through Qatar Foundation International’s program to support Arabic language learning in the United States.” 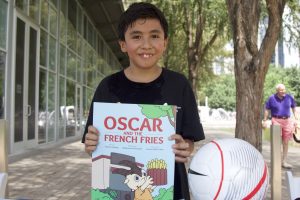 QFI and Generation Amazing also collaborated to create an educational Arabic in the Stadium infographic highlighting soccer vocabulary designed for beginner Arabic language students which were provided to all students attending the Houston Soccer Event.