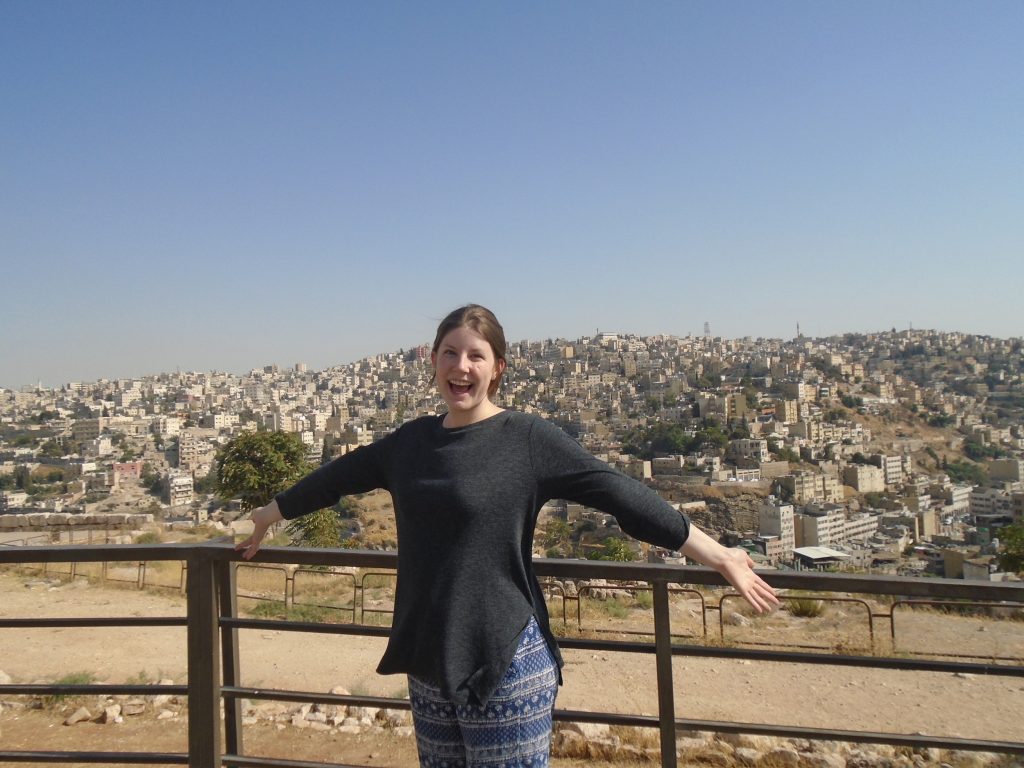 Caila is one of QFI’s Academic Excellence Awardees for the 2016-2017 academic year. She spent eight months as a gap year studying Arabic and traveling in Morocco as a recipient of the NSLI-Y scholarship through the U.S. State Department. At Georgetown University, she is a freshman in the School of Foreign Service focusing on international relations, Middle Eastern Studies, and Arabic. 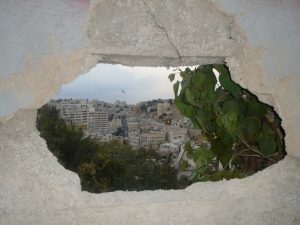 Have you ever tried lemonade with mint in it? A little more lemon, a little less sugar, and just enough crushed mint to wake you up a bit. Basically, I’m never going back to the normal lemonade when I get home. Today is my last day in Jordan, where I’ve been studying abroad for the last three months. I’m going to spend two weeks on an educational trip to Israel, and then I’ll return home. It has truly changed my life. Let me tell you how.

First, that lemonade. And kanafeh, a traditional dessert of cheese, string pastry, and sugar syrup is to die for, piping hot on a paper plate from the sweet shop downtown. Also, yogurt with my rice is a new favorite. And moving away from food, I’ve gained a new habit of referring to people with much more warmth than I was used to… “habibti,” or “my dear,” is a term of affection tossed around with such ease but it has found a permanent place in my heart.
On a more serious note, I’ve met some incredible people here, with stories that rearranged my perspective on so many things. There’s Mediha, the lady from Egypt who sits on the bridge and sells little things to the passersby. She has five young children and her husband left her many years ago, but still she praises God for what she has, and tells me that it is all in His hands. She brightens the day of every person who stops for a minute to exchange greetings with her. Then there’s Lamah, a Syrian mother of three girls… picture that relative who always has something delicious to pull out of her sleeve and is so hospitable it’s almost demanding, but you actually love it. The way she took our apartment of girls in from the very beginning, inviting us to picnic with them the next day after spending just a short hour with us in the park, is symbolic to me of the kindness of the people in this region, their love for hosting and showing us their pride in their heritage and culture through things like mansaf, the national dish, and trips to beautiful places. 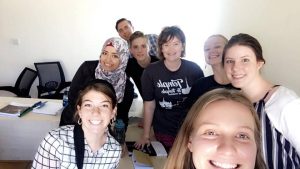 And of course, there’s the language itself. The program we have here is incredible, and all of us have seen so much improvement. Everyday, we do two hours of reading from newspapers, we have writing, presentation, and speaking appointments with native teachers. There is also a current issues discussion class, and we spend a couple hours speakiing with people in the streets. The day to day is hard, and there were whole weeks when I didn’t feel like I was progressing, but slowly but surely, I saw things begin to change. I realized that I was understanding people, that things that were a challenge before were coming out of my mouth without much thought. I also became so much better at speaking with people I didn’t know comfortably; flaws in my conversational ability were accentuated in a second language, and it was a challenge everyday to improve. 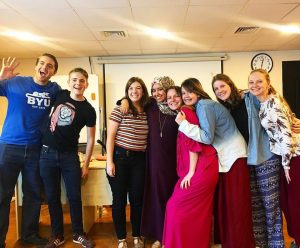 I am overwhelmed with gratitude for the experiences of the last three months… the places, the food, but most of all the people and this incredible program that I have been a part of. I’m excited to continue my study of Arabic next semester. I’m also excited to start a program to help refugees improve in English, in which university students will video chat with refugees in Jordan a few times a week to give them the extra practice they need to obtain jobs available online. I hope that by creating this program, I can give back a little to the people who have given so much to me.