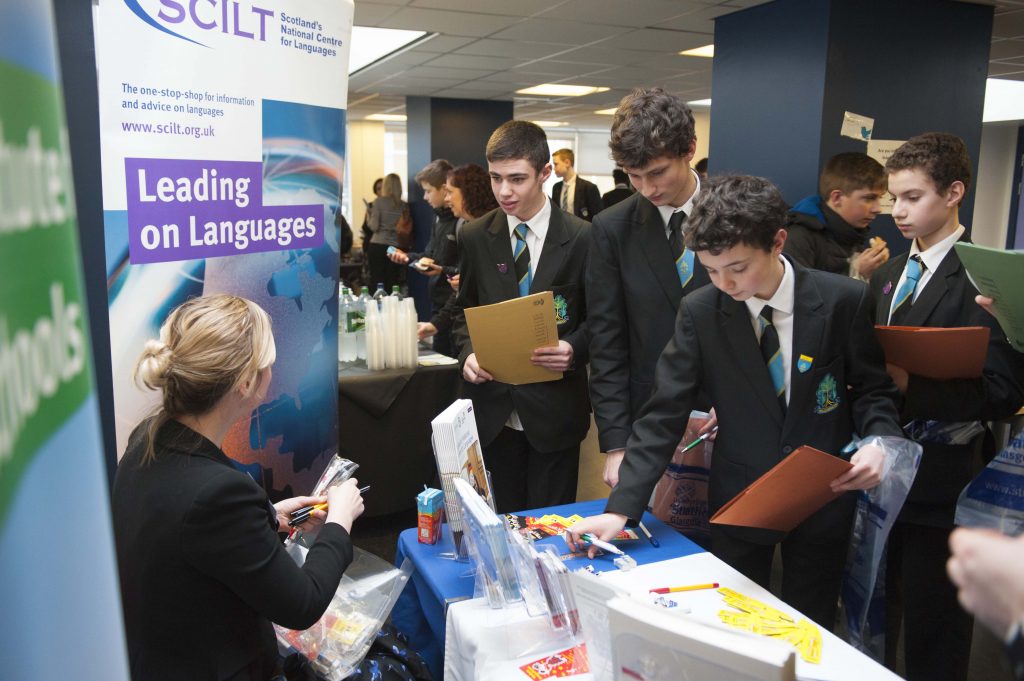 Good news! Pupils in Scotland have been learning Arabic from September this year thanks to an exciting and innovative project to teach the language in the country’s schools. The project is the result of a yearlong collaboration between SCILT, Scotland’s National Centre for Languages based at the University of Strathclyde in Glasgow; e-Sgoil, Scotland’s national remote learning and teaching service working from Stornoway on the isle of Lewis and QFI who is funding the project.

A greater variety of languages than ever before are now being taught in Scotland’s schools as a result of the Scottish government’s 1 + 2 approaches to language learning. This offers pupils the opportunity to learn 2 languages in addition to their mother tongue. The first which they study from the start of primary school is often a European language such as French, Spanish, German, or Gaelic, Scotland’s indigenous language (or English if you are a native speaker of Gaidhlig). The second additional language is taught from the age of 9 and could be a community language such as Urdu or Polish or a lesser taught language such as Mandarin. Arabic is being taught as a second additional language.

Preparations for the Arabic program have been underway since the end of last year. SCILT recruited a team of Arabic material writers and together with SCILT’s own language teaching experts they have produced two Arabic courses to meet the needs of young learners in Scotland. The primary course contains 20 hours of classroom learning based on the travels of the well-known medieval Arab traveler Ibn Battouta. The learners embark upon a journey of discovery to the Arab world. They experience the culture, try the food, listen to music and at the same time, they learn the language they need to communicate with the people they meet and to tell them about their own lives. On his way home Ibn Battouta takes an unexpected detour to Scotland and the pupils show him around their country and serve him mint tea. 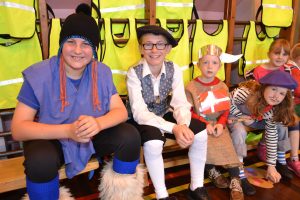 The secondary course is longer at 36 hours and, as well as containing similar cultural and sensory experiences as the primary course, students learn about the countries that make up the Arab League and are encouraged to research their geography and history. They look at the worlds of school and work and they learn the language they need to talk about their own lives and their local areas. By the end of the course, they will be able to introduce themselves, say whether they live in a small village by the sea or a suburb of a large town, and talk about the things they like and dislike, all in Arabic.

Both courses are interactive and relevant to young people’s lives. Pupils are learning about Arab culture as well as the language and they are exploring the connections between the Arab world and Scotland which have grown stronger in recent years as greater numbers of Arabic speakers from countries such as Syria, Iraq, and Algeria have settled in Scotland. The National Museum of Scotland, Edinburgh University’s Arabic department, and Scottish Opera have all offered to support the program through offering a range of visits, performances, and online learning to enhance the pupils’ appreciation of Arab arts and culture.

Lisa Hana, Professional Development Officer at SCILT who has been leading on the preparation of the course content believes that learners in Scotland will benefit hugely from this unique opportunity: “Rather than focussing on differences, we are giving learners the chance to see the cultural links we share with the Arab world.  Working with educators who have real knowledge and passion for the Arabic language is inspiring, and learners are enhancing their future prospects for university and the world of work.”

The project team is optimistic. A recent pilot at the end of last school year went extremely well and the courses that are running are receiving excellent feedback and encouraging reviews. Participants are delighted to have the chance to learn some Arabic: “Thank you so much for these lessons. They’ve been an absolute joy and I’ve learned so much!” said Neve, aged16.

16 schools have signed up for the Arabic courses this term and over the course of the school year, hundreds of pupils will explore the excitement and challenges of learning the language. We wish them well and from Arabia to Alba we say: “Ahlan wa sahlan, Welcome!