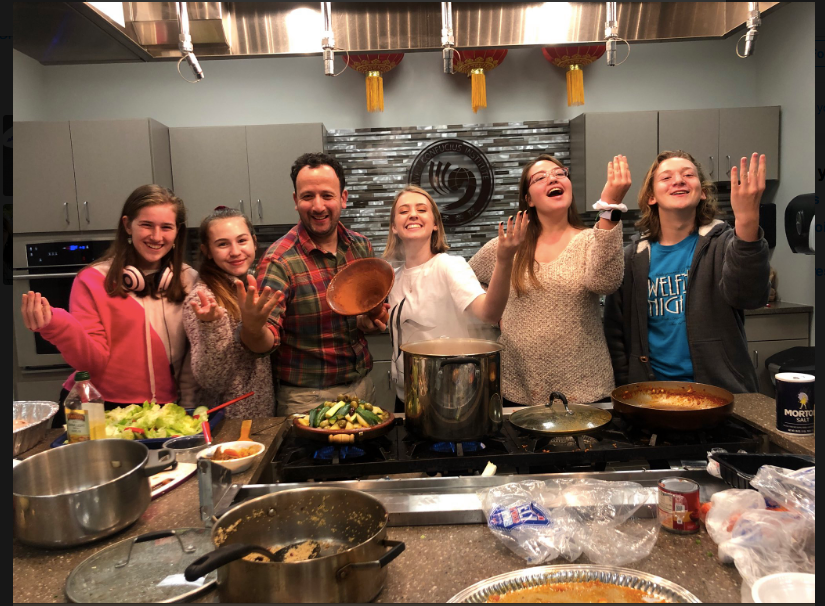 Lhousseine Guerwane is originally from Morocco, but in his time as an educator, he has taught in his home country and in Spain as well, before settling in the United States. A former teacher of French, Spanish, and English as a Second Language, he currently teaches Arabic at Western Kentucky University and at the Gatton Academy of Mathematics and Science in the STEM+Arabic program. 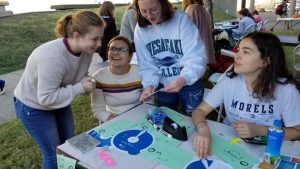 “Teaching my students the Arabic language and culture helps change the image of people from the Arab world in America,” he says. “It helps stop problems of misunderstanding and stereotypes.” Guerwane points out that knowing Arabic has many practical, useful applications, given that it is spoken by over 400 million people around the world, and that learning about the culture of the Arab world helps his students become more empathetic and understanding of differences. 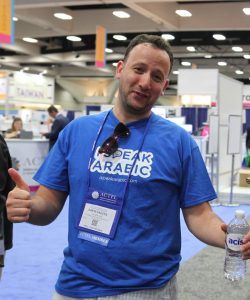 His involvement with QFI dates back to 2011 when he started attending Arabic workshops that QFI sponsored at Concordia Language Villages in Minnesota. “Since then I have gotten to know the incredible QFI team members and became involved on so many levels,” says Guerwane, who has also taught an Arabic program that QFI supports at West Kentucky University’s summer camp for Verbally and Mathematically Precocious Youth for the past eight years.

During class hours Guerwane is determined that his lessons should be fun and engaging. “I plan them around my students’ interests,” he says. “I include music, culture, props, and games. I change activities every 5-10 minutes. I’ll do some acting while teaching.” His emphasis is less on formal grammar and more on achieving proficiency and confidence in talking in Arabic. This is particularly useful when his classes interact through Skype with guest speakers from other countries or with refugees through the Natakallam program, which connects displaced people with Arabic learners. 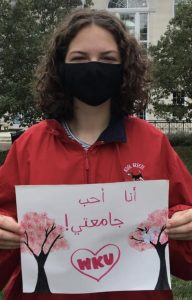 Out of class hours, Guerwane’s students at the university and at Gatton Academy can participate in four clubs related to the learning of the Arabic language and cultures: Model Arab League Club, Arabic Debate Club, Arabic Club, and Aaraabish-  عربش Club – where his students practice Arabic with students who are native Arabic speakers, while the Arab students practice English with the non-native Arabic speakers.

Of the four, says Guerwane, the Arabic Club is the most popular because of how connected it is with the wider community. “We often participate in festivals, school visits, and many other events, we collaborate with other departments such as the Spanish and Arts departments. We watch Arabic movies, we visit mosques and Arabic markets, we eat in Arabic restaurants, and learn to cook Arabic meals.” 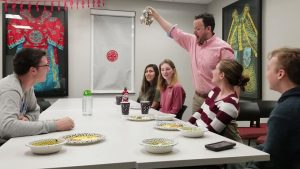 It is not just his students who gain from this linguistic and cultural immersion. “They educate others in the community such as their friends and families,” he says. “And after my students return from their study abroad trips and competitions they are usually interviewed by the university media and local newspapers.” These reports, he says, “help battle ignorance and spread respect in the community.”