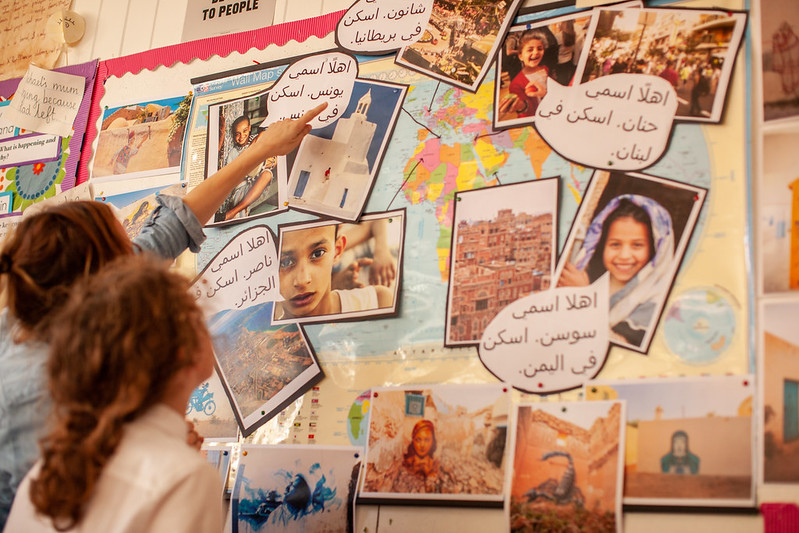 I never thought I would become an Arabic instructor.  I graduated from Tufts University in 2003 with a BA in International Relations and Middle Eastern studies, the same year the US invaded my homeland, Iraq.  Seeing the devastation that followed really made me disillusioned about working in international affairs or any of the organizations on the ground afterward, and I changed course to do a Master’s in Education from my alma mater.  There, I was initially hired as a tutor and then offered a full-time job.  I am still there 16 years later as a senior lecturer and coordinator of the Arabic Program. 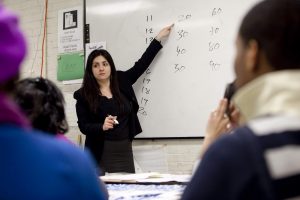 My philosophy as a teacher is embedded in Gibran Khalil Gibran’s quote that focuses on my role as a guide to my students.  He wrote: “If he is indeed wise, he does not bid you enter the house of his wisdom, but rather leads you to the threshold of your own mind.”  I give the students the tools to take what they learn towards the direction they want.  My satisfaction in the job is seeing students become independent learners of Arabic, of other languages and other disciplines, to be able to apply what they learn in different contexts and to pave their own path.  For some, this has shaped their careers as they work in the region in journalism, mental health, refugee aid, or in creating start-ups.  For others, it has affected their personal lives as they gained the ability to communicate with a grandparent, travel outside the US, or have found love or nurtured lifelong friendships.

In my teaching, I also focus on building intercultural communicative competence where students really learn about themselves and their own cultures as they explore various topics that show the diversity and richness of the Arab world. 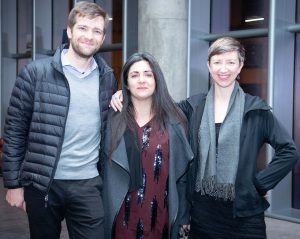 Currently, we are sadly seeing the decline of the humanities across U.S. universities, which has led to a sharp drop in the number of students enrolled in foreign language classes since 2006.  A humanities-centered education builds critical thinking as we explore the past, make sense of the present and try to imagine a better future.  The U.S. in general has also never really made a sustained, long-term investment in foreign language education, and what funding has been dedicated to Arabic often has been linked with government and military recruiting.

I feel the biggest challenge facing the growth and sustainability of Arabic has to do with lack of materials aimed at young learners (K-12). This is one reason that my colleagues Sarah Standish, Richard Cozzens and I decided to work on the Jusuur (Bridges) textbook project that is to be released by Georgetown University Press in early 2022.  The textbook and accompanying audio-visual materials aim to build communicative competence in students in a way that is relevant to the lives of young people (middle school and beyond).  It is a true labor of love inspired by all the amazing teachers we have had and the students we have taught over our careers.

* Rana Abdul-Aziz is a senior lecturer of the Arabic program and a language coordinator at Tufts University.